Finding sharks may present an obstacle in Assassin’s Creed Odyssey while you’re doing the daily or bounty quests from the notice board. It is one of those situations where there are sharks everywhere when you don’t need them and when they are a quest objective they are nowhere to be found. Killing sharks seem to be an objective for various notice board optional quests, like Sharks and Spartans, Party Supplies and others. They are sometimes combined into killing shakrs and destroying Athenean or Spartan ships, but sometimes they are a lone objective in a quest. These quests can give good XP and drachma rewards so a lot of players choose to do them. Where to find sharks in AC Odyssey though? Here’s a quick guide that will try and answer that question. 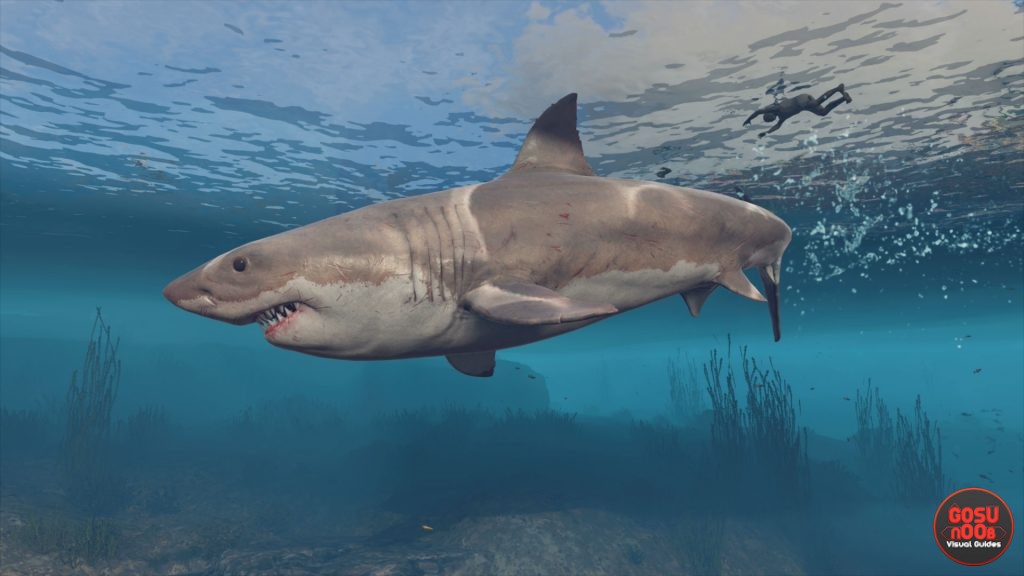 Where to find sharks in AC Odyssey?

The obvious answer is that they are in the seas of the game world, but more specifically, you can find them near sites of naval battles and underwater objectives. You can just sail the Ionian and Aegean seas and whenever you see a shark fin in the water you can try and kill it with your ship’s weapons. That does not always work for me so I stop the ship and release command and then try to hit it with my bow and arrows. If you are brave you can jump into water and kill it with your sword or weapon of choice. More consistent method of finding sharks is sinking ships and waiting for them to show up and try to eat the dead sailors. This method, however, can be a bit unreliable because they don’t always show up, or you have to move your ship away a bit before they do.

The most consistent and reliable method for finding and killing sharks for bounty missions in AC Odyssey is to visit special underwater locations. These are points of interest marked as sunk ships on your map. They always have at least one shark circling them, but they usually have two or three. You will find sharks here even if you completed the POI. Teleportation to sync points and back to the ship seems to refresh the shark spawns. Even if it doesn’t I found a perfect location with three nearby underwater locations and of low level so anyone can do it. Even at the beginning of the game. It is the sea between Kephalonia and Megaris you sailed at the beginning of the game. Visit the three underwater locations marked on the screenshot of the map bellow and you should have enough shark kills in no time. This is also a good method for farming shark teeth for some of the bounty quests. 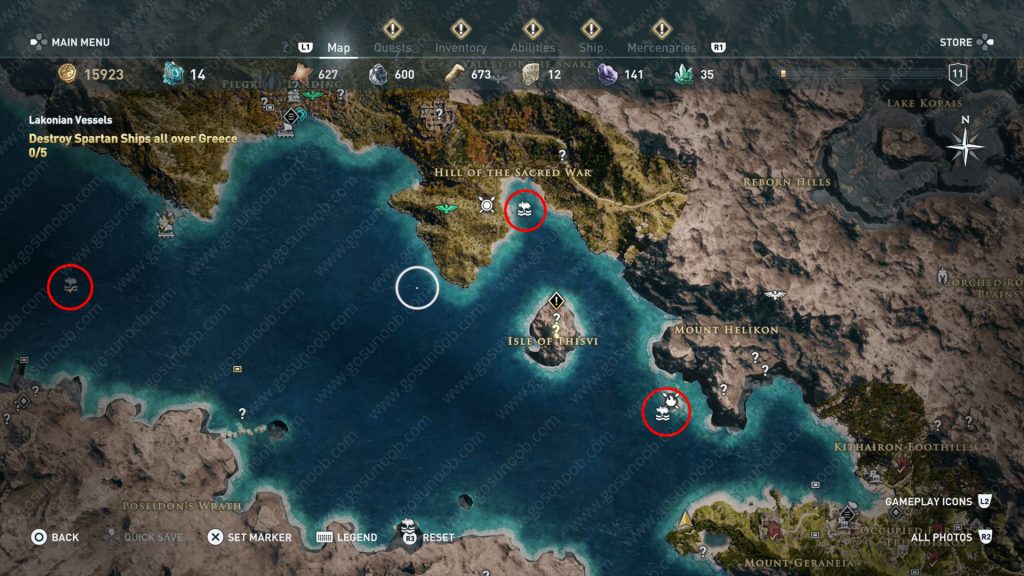