The ability skill points tree list for Assassin’s Creed Origins reveals three specific branches that you can invest points into. They are called Master Warrior, Hunter and Seer. Each experience level gives you one ability point you can spend for skills. The majority of abilities cost one ability point, while some are more expensive, costing two or three points. 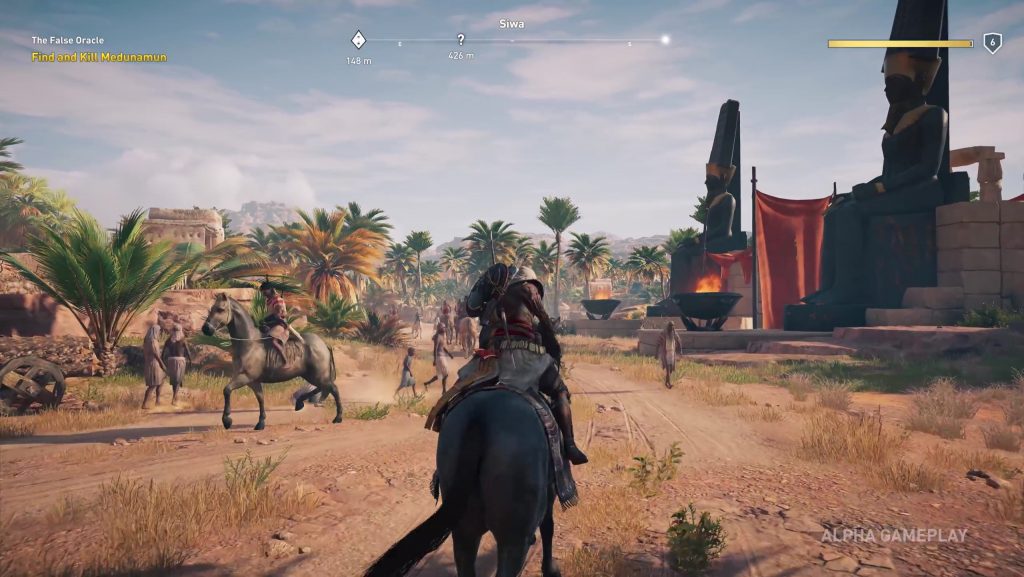 The full list is shown on Gamespot, where you can check out what the skill tree looks like. The most interesting part is how well they are all organized. At the start, it seems you must invest into the first two major abilities. From there, you can acquire talents from any of the three skill trees. Since they are all connected, in order to reach the top-most one, you need to invest into the ones that lead up to it. Here’s the breakdown of the skills we found most interesting, and which abilities they give you.

This is probably the most interesting skill tree. Its 20 attribute talents will enhance your outdoor experience the most. Some of the most compelling abilities are:

This is a skill tree mainly for enhancing your gameplay with the bow, as well as some stealth and assassination skills – in total, 18 skill abilities. Some of the most interesting ones are as follows:

These skills, as you might have guessed, relies heavily on a melee combat. It has 13 skill abilities, with some of the most interesting ones being:

Assassin’s Creed Origins was officially announced at Microsoft E3 conference, among with many other titles like Anthem and many more.

NEXT POSTWolfenstein 2: The New Colossus Release Date and Trailer Revealed