Ubisoft has officially confirmed the launch of their parkour-themed action adventure Assassin’s Creed Origins. Time to get some serious stabbing going, because not matter how much they’ve refurbished the formula, bottom line, Assassin’s Creed is always about the stabbing. You should also know that this particular installment is actually a prequel. The game is set in Egypt, and players step into the role of a warrior named Bayek, who starts to fight the corrupt forces that are dominating the city. Bayek’s struggle eventually leads him to a mysterious organization, and so he begins his journey towards become the first Assassin. 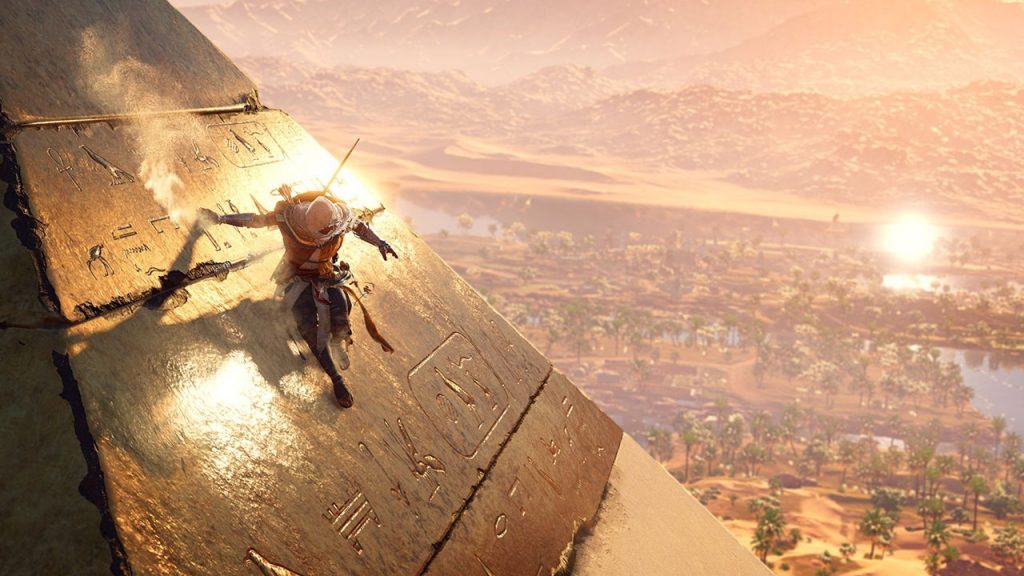 Earlier this week, Ubi also unveiled a kick-ass cinematic launch trailer for Assassin’s Creed Origins, so feast your eyes on that one if you haven’t already. Also, bear in mind that the developers have referred to the game as a "new beginning," which means players can expect all sorts cool new elements in the game. Check out the details below:

Ancient Egypt, a land of majesty and intrigue, is disappearing in a ruthless fight for power. Unveil dark secrets and forgotten myths as you go back to the one founding moment: The Origins of the Assassin’s Brotherhood.

A COUNTRY TO DISCOVER Sail down the Nile, uncover the mysteries of the pyramids or fight your way against dangerous ancient factions and wild beasts as you explore this gigantic and unpredictable land.

A NEW STORY EVERY TIME YOU PLAY Engage into multiple quests and gripping stories as you cross paths with strong and memorable characters, from the wealthiest high-born to the most desperate outcasts.

EMBRACE ACTION-RPG Experience a completely new way to fight. Loot and use dozens of weapons with different characteristics and rarities. Explore deep progression mechanics and challenge your skills against unique and powerful bosses.

Assassin’s Creed Origins is available for Xbox One, PlayStation 4 and Windows PC.

NEXT POSTDestiny 2 Improvements Uncovered by Bungie