Mounts offer a way to travel faster in Assassin’s Creed Origins. The game’s ancient Egypt map is pretty large, and getting places is much quicker if you can jump on a camel or horse. There are several kinds of mount, with different stats and basic abilities. You’ll probably want to collect as many as possible, both for practical reasons and the cosmetic differences. We’re going to help you with that by listing ways to get AC Origins mounts.

How to get mounts

As with most gear (and the game does consider mounts gear), you’ll be able to buy mounts from vendors. There will be also Hippodromes where you can earn Mounts by confronting your opponents. In any case, you will be able to get new mounts by spending Drachmas coins. There are other ways as well, thankfully. In the latest preview build that was shown to press and influencers, there was a horse you could get by rescuing it from a burning village as a part of the quest. It’s probably not the best mount in the game, but you know what they say about looking a gift horse in the mouth.

Before you buy / earn your own mount you can steal horses and chariots from NPCs. These can’t be called back with a whistle, but having the ability to steal a ride whenever you require one is great. This means you won’t have to worry too much about the mounts you’ve acquired (or are yet to acquire), since you can just indulge in a bit of Grand Theft Horsie when you’re in need.

You’ll get your first horse – Black Arrow, once you complete a side quest level 12 named “Wild Ride“. You can start this quest near Zephyros Stables in Kanopos Nome near Alexandria. Thus, save your money, and use it for something else. 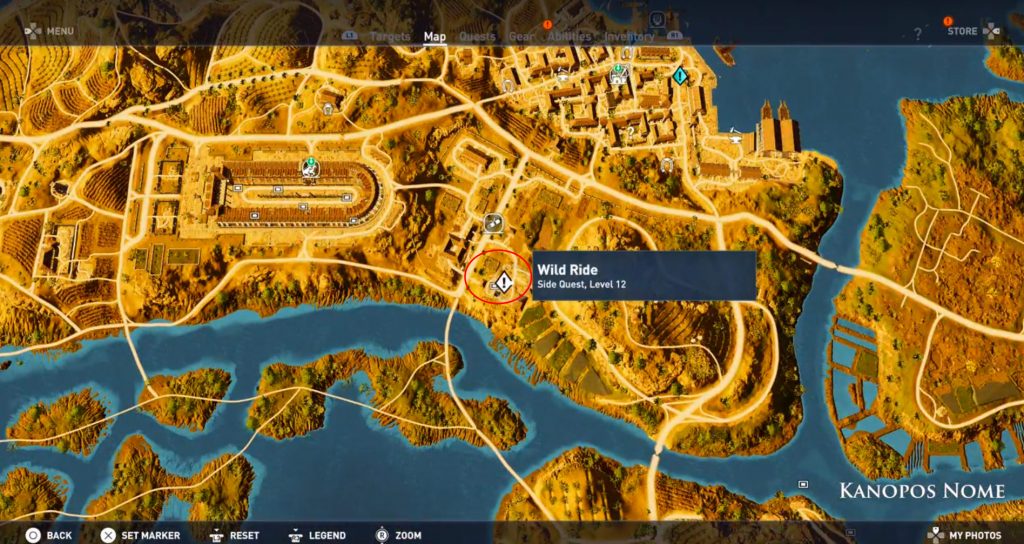 Unicorns are special mounts available only if you have Helix coins – the currency that you have to buy with real money. It will cost you 500 Helix Credits which is approximately $5.
“Unicorns are said to originate from faraway land, though we have never been able to determine which. What we do know is that they are fabulous.”

Another mount available for the the same price as Unicorn, 500 Helix coins. You can get it only if you spend $5.
“Intricate patterns sheared into this camel’s fur tell the history of the gods in pictorial form.”

Here’s a list of all the mounts we’ve seen mentioned in the game, and how to obtain them: