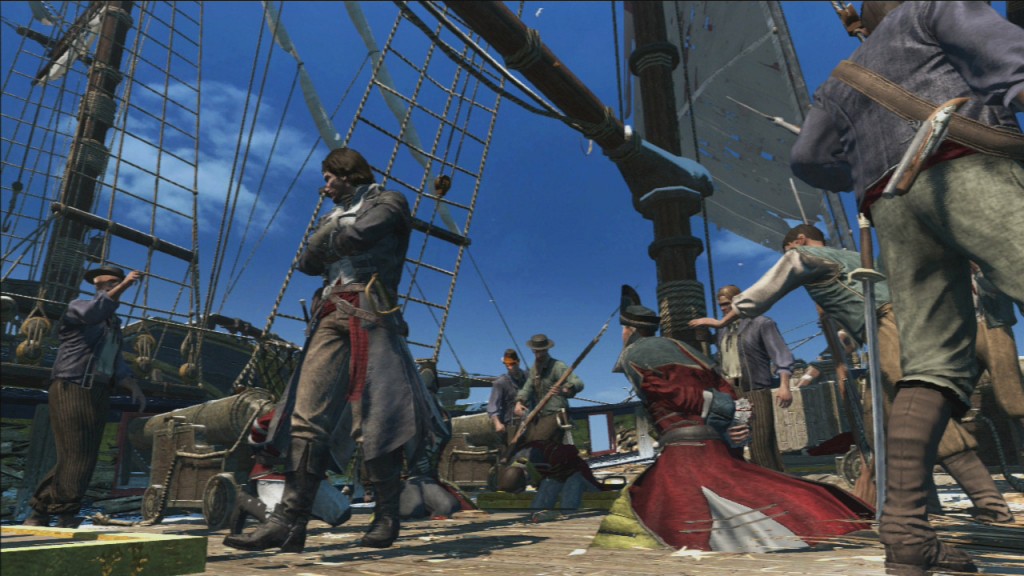 Your success in Assassin’s Creed Rogue relies heavily on how well-equipped your character is. If you wonder how to make easy money in AC Rogue, we have the best tips for you to gain money from the start of the game. Upgrading your character’s weaponry, armor and ship is extremely important, thus, it comes in handy when you can perform upgrades early in the game.

At the end of the first chapter your character will acquire Morrigan ship. Before you start attacking other ships put some upgrades on Morrigan like Hull Armour and Broadside cannons, because it will ensure little to no damage to your ship. Once you increase your fleet, start salvaging enemy ships. It grants you resources like wood, metal, burning oil and money.

In each corner of North Atlantic’s map you can find Legendary Ships. They are extremely tough and fast ships, with devastating fire power, and large amount of health. The battle begins once you get close enough. Upon defeating them you’ll get between £10,000 to £20,000.

Another easy way to increase your wealth is by hunting animals. Undamaged animal skin has several purposes – it can be used as an ingredient in some crafting recipes, or you can simply sell the skin and earn some extra cash. Most of the animals respawn quickly at the same locations, thus, find a good hunting location and be patient.

While completing the main story missions, you will unlock new maps. Once you reach New York, you’ll get an option to renovate buildings. This process is a major source of income. Although it consumes a small amount of wood and metal resources, you will start earning infinite money income right away from £300 – £900 per building.

A brand new way to earn a pretty good amount of money is by completing Settlement Capture tasks. In addition to Stone, Wood, Metal, Cloth and Tobacco, completing these tasks grants you from £700-£1600.

There are many treasures scattered throughout Assassin’s Creed universe. One of the easiest ways to earn some money from the very beginning is by looting the chests marked on the map after synchronization. Some chests are well hidden, but most of them can be easily spotted. Each chest contains different items and amount of money. They offers between £100-£300, and occasionally upgrades, recipes or ammo.

Infiltrating the Outposts will not get you money, but additional loot in the form of Stone, Wood, Metal, Cloth and Tobacco is always welcome.