Legacy outfits in Assassin’s Creed: Syndicate will include Edward and Elise. There’s a way to get these even before the game is out, but only on Playstation 4. This guide will show you how to unlock Elise & Edward outfits in AC: Syndicate. 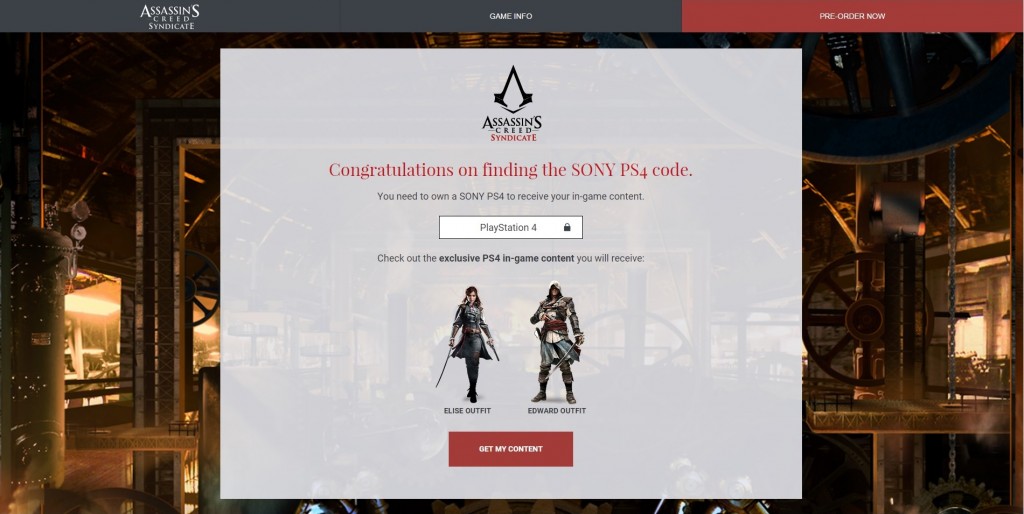 The easiest way to snatch the costumes on PS4 is the following:You’ll get a confirmation mail, and you’ll be able to redeem the costumes on PSN once the game is released (on October 23rd). If the code above doesn’t work for some reason, you can try getting it yourself by solving their riddle: