The Ezio costume is one of Jacob’s Outfits in Assassin’s Creed Syndicate. It makes him look like the beloved, legendary Assassin of old, and gives him some unique bonuses. This guide will show you how to unlock the Ezio outfit in AC: Syndicate. 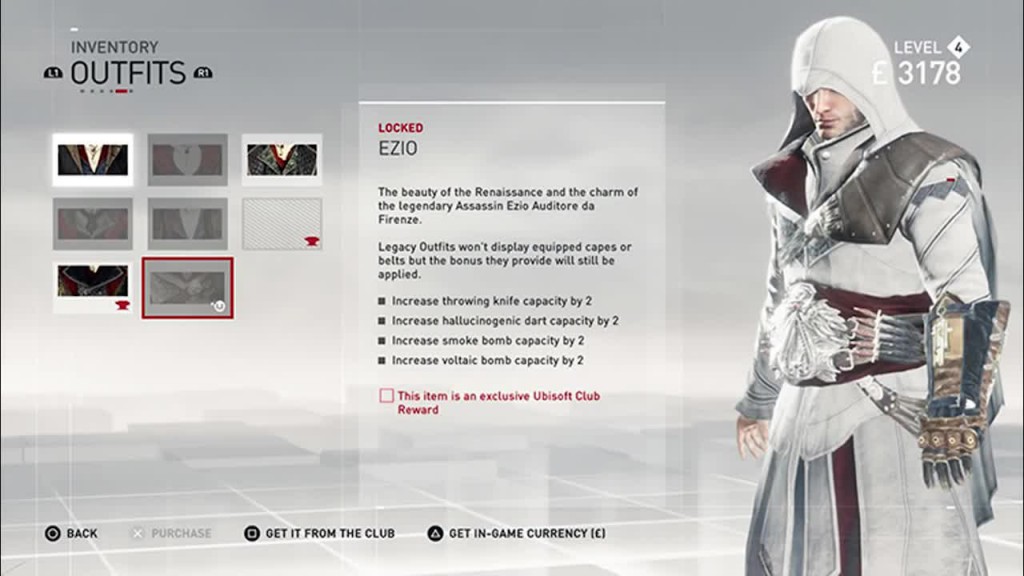 How to unlock Ezio costume

This skin is listed as an “exclusive Ubisoft Club Reward”, which means you can’t get it through your actions in the game. Thankfully, you probably won’t need to spend any money in order to get it – everyone who’s every played any Assassin’s Creed game (except for the first one) will get this outfit for free. Just make sure you’re using the same Uplay account you used for previous AC games, or else it won’t count.

The costume is not only pretty to look at, it also offers some nice performance bonuses. While wearing it, you’ll have the following boons:On the downside, your equipped belt won’t show, although its bonuses will still be active.