AC Syndicate comes with a handful of secrets and the latest one unveils a full World War 1 section. World War 1 mode has its own playable character and several missions set around Tower Bridge area of London. New playable female character is known as Lydia Frye, Jacob’s granddaughter. She is an experienced Assassin trained in the Brotherhood with the full skill tree of perks.

How to unlock WW1 in AC Syndicate

This hidden mode opens up around the Sequence 6, after approximately 15 hours of playtime. On the right edge of the map in the Thames district you’ll find fast travel Portal to WW1, hidden in the center of the river Thames. The time anomaly transports you into the body of Lydia Frye. WW1 is a mini sandbox with many different missions such as shooting down enemy aircraft, or liberation side missions. 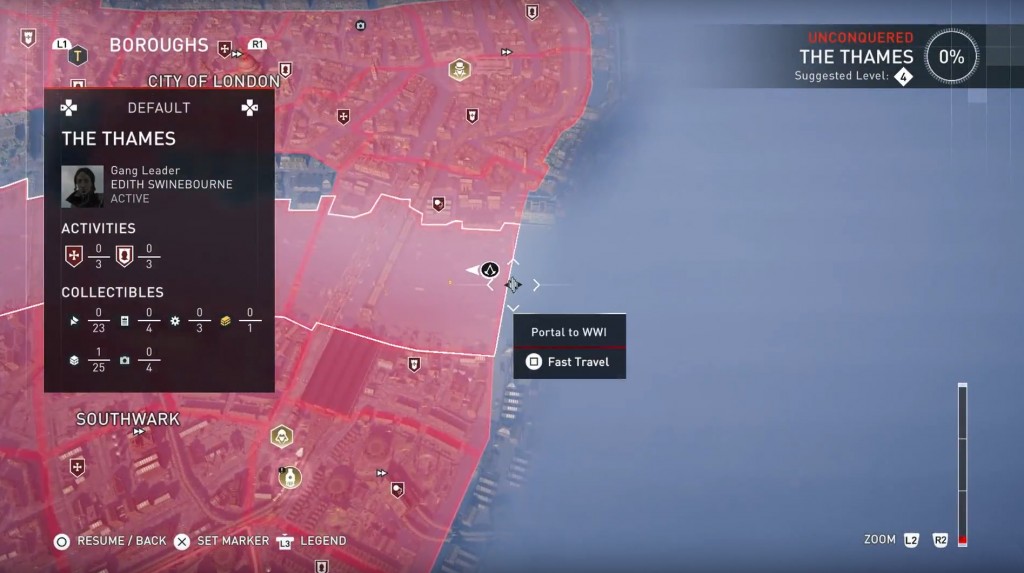