Blood-starved Beast is the third boss you’ll fight in Bloodborne. You can find it in a church in Old Yharnam.
▼Article Continues Below▼
It’s an extremely fast creature with poisonous attacks, but it’s also vulnerable to fire. In this guide, we will show you how to get to it, how to kill it, and what rewards you’ll get for doing so. We also have guides on other Bloodborne Bosses. 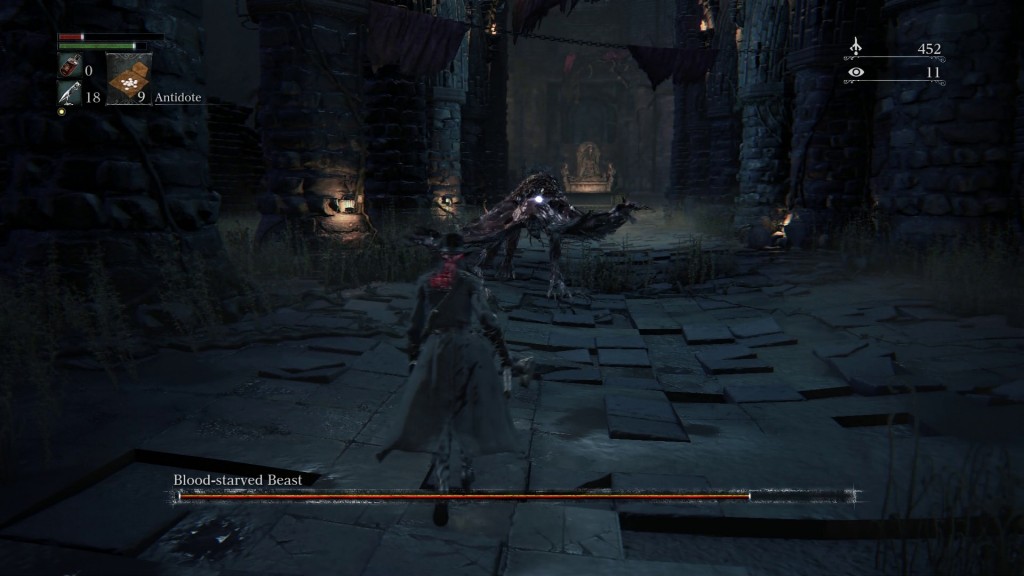 Before you start the fight with the boss, make sure you have at least 4 Pungent Blood Cocktails on hand. These cocktails can be bought from the Hunter dreams store for 2000 blood echoes each, or you can pick them up from the treasures scattered throughout the world. Cocktail attracts the blood-starved beasts, thus, when you start the fight just throw the cocktail in the corner. When the boss turns around, and starts slowly walking towards it, attack him. Use some fire paper and Molotov Cocktails since the boss is susceptible to fire damage. We would like to thank Flatts for this great idea.

How To Kill Blood-starved Beast

Before you start, make sure you have at least 10 of each of these: Antidotes, Blood Vials, Molotov Cocktails and Bullets.

This boss goes through three phases during the fight. As soon as the battle starts, you should enter melee range, lock onto the boss, and keep strafing left. You should keep doing this throughout the whole fight. When he holds his right arm up, shoot him – he’ll stagger, and you’ll get the chance to do a Visceral Attack (by pressing R1). If he starts raising both of his arms, sidestep twice and start swinging.

After you’ve taken him down to 60% health, he’ll explode with rage and go into the second phase. His attacks become poisonous, he starts moving faster and becomes more offensive. You should be more offensive too – holding back and playing defensively will get you nowhere. Keep moving all the time – if you stop, he can grab you. If you’re at full health, keep fighting him like you did in the first phase. If he hits you, fall back, then use an Antidote and Blood Vial. While you’re away from him, use the opportunity to throw a Molotov or two at him.

After his health goes down to 30%, he’ll go into the final stage. Even standing next to him will poison you now. He’s extremely fast and aggressive. Any mistakes you might make now will cost you your life. Now is the time to start spamming Molotovs.

Rewards For Killing The Blood-starved Beast 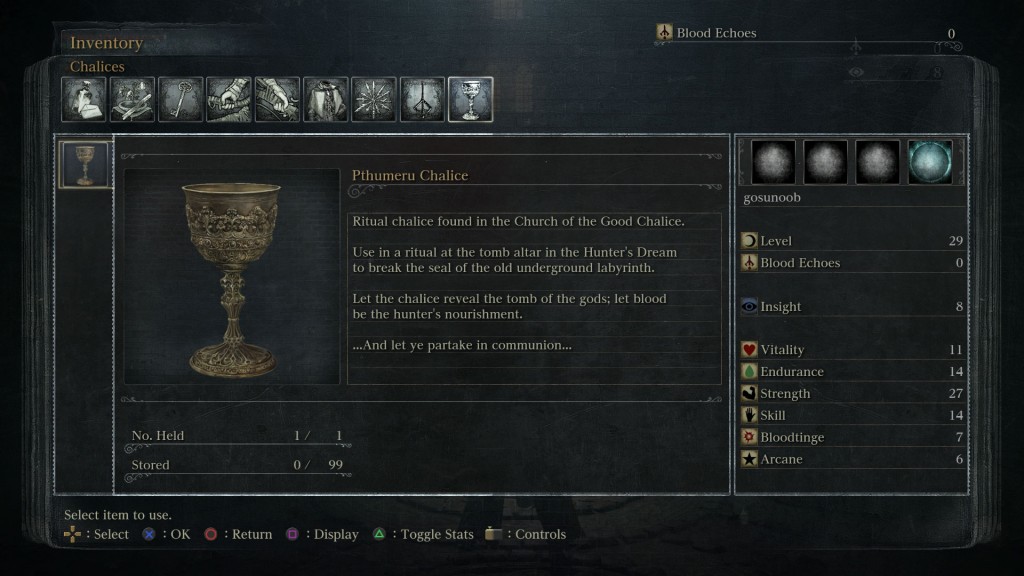 Where To Find Blood-starved Beast

When you spawn next to the lantern in Old Yharnam, go outside.

Make a sharp turn right after you descend the stairs.

When you enter the second room, an enemy with a Gatling gun will start shooting at you from the rooftops. Keep running, and stay away from the urns – they’re explosive.

Go through the door on your right. Watch out: an enemy will try to ambush you by breaking through a wall.

There is a shortcut in Old Yharnam that you should unlock – it really saves time in the long run. Before we continue, we’re going to show you how to unlock it. At the bottom of the stairs, turn left and climb a ladder.


After you’ve unlocked it, get back on track.

When you leave the tunnel, keep turning left.

When you reach the houses on the far side, turn left.

The entrance to the church is down the stairs, across the field. 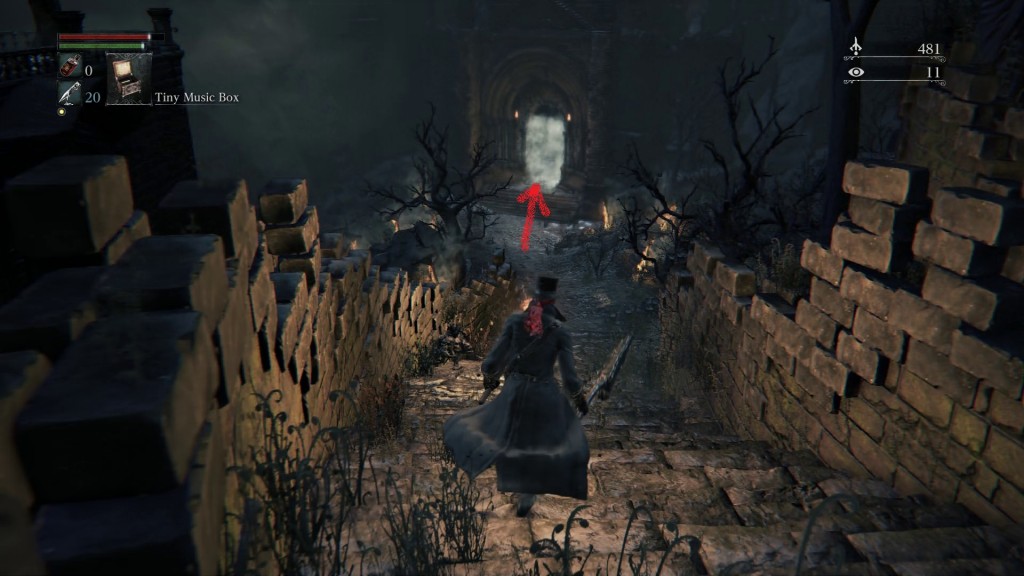 PREVIOUS POSTBloodborne Gestures and How to Unlock Some