Specialists in Call of Duty: Black Ops 3 are like classes in other shooting games. Each specialist character has a unique power weapon and an ability, but you can’t use both at once – you’ll have to choose one for every match. There are currently nine of them, but only eight have been revealed. In this guide, we’re going to list all the specialists in COD: Black Ops 3 along with their characteristics. 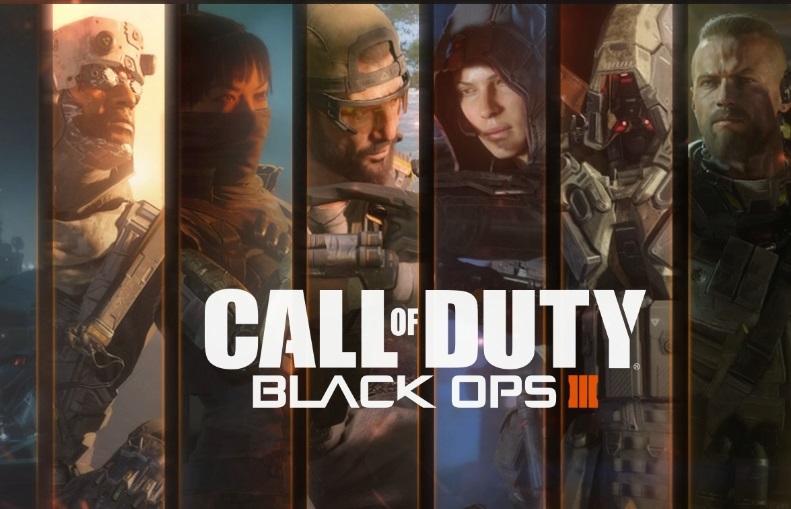 Weapon: Gravity Spikes – A couple of melee weapons with which he strikes the ground, killing all enemies in a small radius. It’s great for getting out of a bind.
Ability: Overdrive – A leg upgrade that, when used, gives a speed boost for a little while. Good for rushing objectives, escaping with the enemy flag and such.

Weapon: Sparrow – A bow with explosive arrows. The longer you wind it, the farther the arrow goes. Kills enemies instantly, travels in an arc, can be shot blindly. This one is the current player favorite in the beta.
Ability: Vision Pulse – Pulse the surrounding area to reveal all enemies within range. Can be useful, but servers are usually crowded enough that you don’t have to rely on it.

Weapon: Tempest – Charge-shot weapon that fires an arc of electricity, lethally shocking targets and chaining to all nearby enemies. It can also fry enemies that come into contact with ones already under the effect.
Ability: Glitch – Flash back to a previous position while keeping all other conditions intact. In other words, teleports you out of a bind. Great if you run into the wrong end of a shotgun.

Weapon: War Machine – Grenade launcher that fires bouncing frag grenades on a timer, which explode on contact with an enemy. It’s basically carpet-bombing, and works great.
Ability: Kinetic Armor – A suit of armor that provides additional protection from bullets. Good to have, but non-essential.

Unlocks at level 22.
Weapon: Annihilator – A high-caliber pistol that fires penetrating rounds. Slow reload, relatively slow fire, but high damage output with the ability to line up targets.
Ability: Combat Focus – When activated, score creates a multiplier that helps achieve Scorestreaks. In practice, this lets you use UAVs, missiles and other types of support more often.

Unlocks at level 28.
Weapon: H.I.V.E. – Deploy trap pods which release a deadly swarm of nano-drones when triggered. It’s a great way to surprise enemies, and everyone is going to hate you for it.
Ability: Rejack – Recover from the position of your death with an injection of nanoparticle serum. A Get-Out-Of-Death-Free card.

Unlocks at level 34.
Weapon: Scythe – Minigun that transforms from the arm and delivers high damage in a tight cone of fire.
Ability: Psychosis – Spawn three decoy clones that run forward to distract enemies.