Hunted is one of the maps in Call of Duty: Black Ops 3. Featured in the current beta, it takes place around a hunting lodge in the Ethiopian mountains. Surrounded by jagged rocks and lush tree-tops, it’s definitely the prettiest map in the beta. In our Hunted Map Guide for COD: Black Ops 3, we’re going to show you around the map and give you info on camping spots and strategies that will help you win. 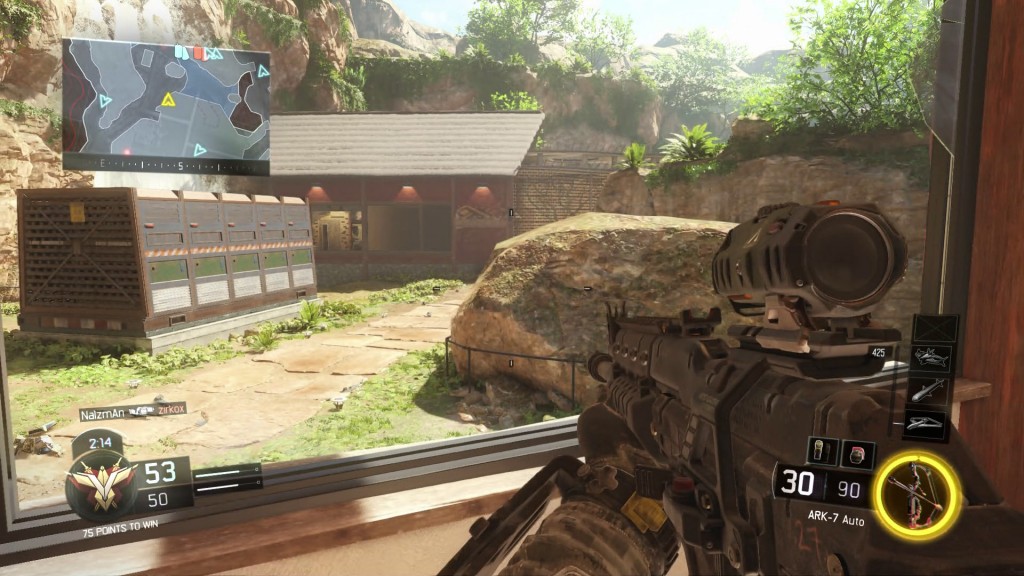 Hunted is the smallest of the three beta maps. It has three main paths – the bridge, the middle and the cave. The cave and the bridge are connected via an underwater route, which also leads into the hotel. The sight lines are somewhat short, and there’s only a few places where you can parkour effectively.

The interior of the hotel that connects the middle with the bridge is clean and simple. The middle itself is open and approachable from all sides, which makes it a hotbed of action. It’s a pretty straightforward map, with little room for flanking and hiding. There are a few places to keep an eye out for, like these balconies near the bridge:

There are two camping spots that are becoming player favorites as we speak – the cave entrance and the cliff by the bridge. The cave is dark and it’s really hard to notice an enemy lying on the ground if you don’t check the minimap often. Even if you do, by the time he blips, you’ll already be in danger. The solution to this is sliding into the cave – it’s not what the camper expects, and it makes you harder to hit.
The cliff is a good spot since it looks like it’s not really part of the map. It’s out of the way too, so the only ones who check it are cliff camper victims. 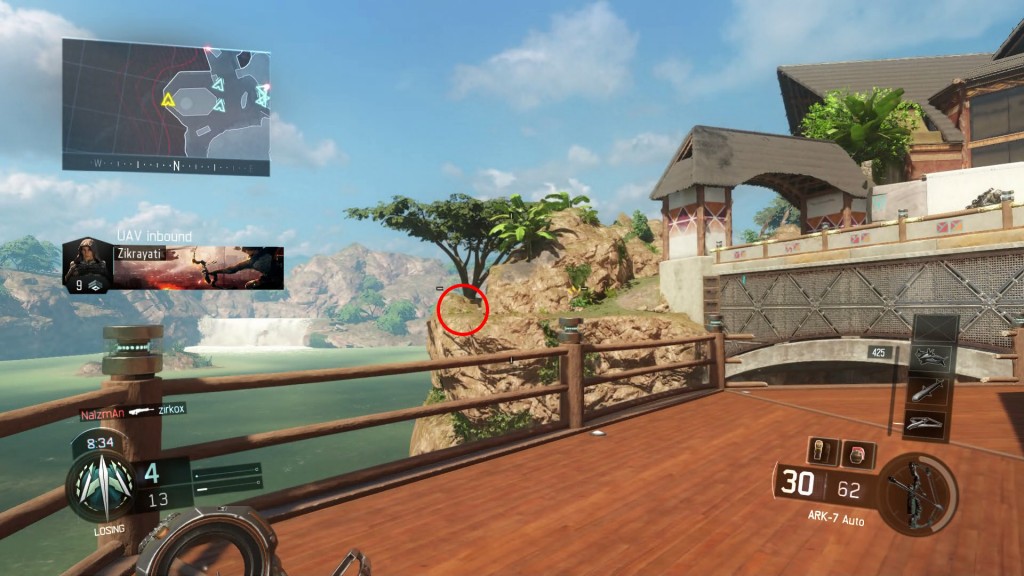 Since there’s no long sight lines (apart from the cliff camping spot), Hunted is a bad choice for snipers. There also aren’t enough sharp turns and confined spaces for shotguns to pay off. The hotel hallways are narrow, but they take up so little space that catching someone off guard inside is almost impossible. Hunted is great for mid to short range combat – it’s a good place for players who like submachine guns and assault rifles.

The mid is tailor-made for drones and missiles, since it’s fairly large and completely open. Try to guess when your enemies will be there, then order an airstrike. The behaviour of most players is easy to predict on this map, since it’s so small and focused.
The underwater tunnel is rarely used. Take advantage of this – it will help you get behind enemy lines undetected. Surprise the camper in the cave, or quickly help your teammates supress a push on the bridge.