Looking for the best AX-50 class setup in Warzone Pacific Season 3 2022? The AX-50 sniper rifle has been consistently overshadowed by the HDR in the category of long-range snipers. But, following the recent changes in Warzone Season 3 Reloaded, the AX-50 has gained some traction and it’s starting to rise in popularity. This was due to the “hitscan” bug, but even after it was fixed, the sniper rifle still poses as an interesting option for long-range sniping. Read on to find the best loadout, attachments, perks and gear for the AX-50 in Warzone Pacific. 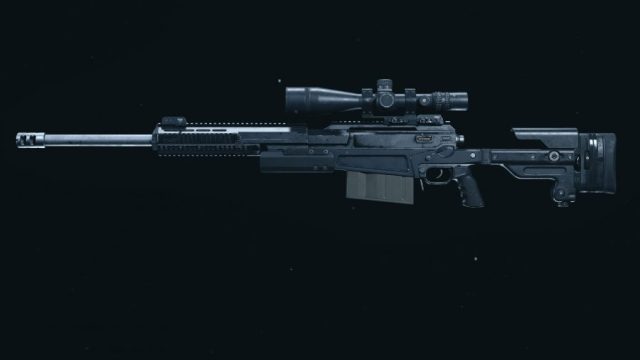 For a long to mid-range sniper, the AX-50 boast excellent accuracy and really fast ADS speed. What it lacks are damage range and bullet velocity to make it a proper long-distance sniper rifle. The goal of this build is to increase the sniper’s efficiency at long range. And for that, here are the best AX-50 attachments:

The Monolithic Suppressor is our go-to pick here. It will significantly improve the weapon’s range while making us silent. It will cost us some ADS speed, but we’ll make up for it with other attachments. The 32.0″ Factory Barrel is the bread and butter of this build. It will not only notably boost our Damage Range and Bullet Velocity (the two things we want to improve the most), but will also make recoil more manageable. For our stock we pick the Singuard Arms Assassin, to bring back some of that lost ADS speed at the cost of aiming stability. The Stippled Grip Tape has a somewhat same role (ADS speed) on top of improving our Sprint to Fire speed. Although, it will further deteriorate the weapon’s aiming stability. If that’s something that’s bothering you, you can skip the Rear Grip entirely.

Noth much to say about the gear that you don’t already know. As we want to use an SMG (the MP40) with this build, Overkill is a mandatory perk, followed by Amped, which will allow us to switch faster between the two guns. For the third perk, we choose E.O.D., which will protect us from some random explosions by providing us with 45% reduced damage from non-killstreak explosives and fire. The Heartbeat Sensor is important as we don’t want to get caught off guard with a sniper in our hands. Finally, the Semtex is simply the safest pick for lethal, but you can choose something else if you have other preferences.