Warzone players are reporting the “Corrupt Loadout Data” error whenever they try to play the game. Players would try to load the match, but instead of starting it, they will get disconnected alongside the “Corrupt Loadout Data” error message. This problem has become increasingly apparent following the Warzone Season 2 Reloaded update. What’s the cause of this issue and how to fix it? Here’s everything we know about it. 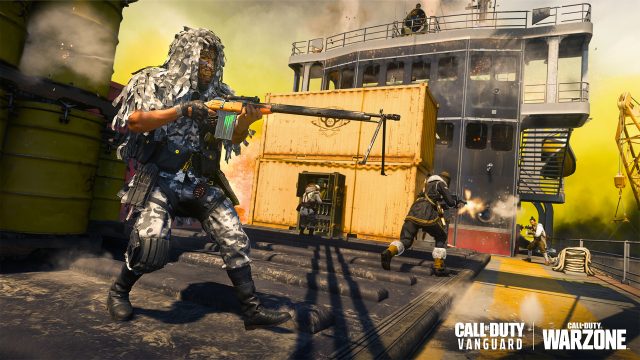 At the moment, there’s not a definite fix for this issue, but they are several reported workarounds. The error started appearing after the Warzone Season 2 Reloaded update. While not confirmed, it seems that the issue is connected to several faulty weapon classes. According to Reddit users Wooshifmegagae and Tripohe, the main offenders are the MW Kar98k and the Grau. It is advised not to have any of these weapons in the pregame lobby.

There are also reports that the Vargo and the new weapon, Armaguerra 43, are also currently bugged. Thus, they might be the cause of this issue as well. So, try removing all these weapon classes from your loadouts, and see if it does the trick. Finally, one player says that it has to do with changing calling cards. Though, we currently have insufficient information in this regard.

If nothing of the above helps with the Warzone Corrupt Loadout Data issue, try some other methods. Your files might be corrupted after the update. Try using the “Scan and Repair” feature on Battle.net to fix this. Or alternatively, perform a fresh installation of the game. Uninstall the game, restart your PC (or console), and instal Warzone again. Sometimes big updates might create conflicts and a fresh installation can resolve them. If after all these solutions your game still shows “Corrupt Loadout Data” when you start a game, then the issue is related to the game itself. In that case, the only thing left to do is to wait for the developers to fix the glitch with a hotfix.