Will Warzone servers be turned off when Warzone 2 releases? Is Call of Duty: Warzone ending? If you are wondering if Warzone is getting shut down soon, we have the answers you need to cast away the shadow of a doubt. The next Call of Duty battle royale game, Warzone 2, is set to be released during the 2022 holiday season. What does this mean for the original Warzone? Is it coming to an end? Is it entering the maintenance mode? Read on to learn what we know about the fate of Warzone and if Warzone servers are shutting down once Warzone 2 launches. 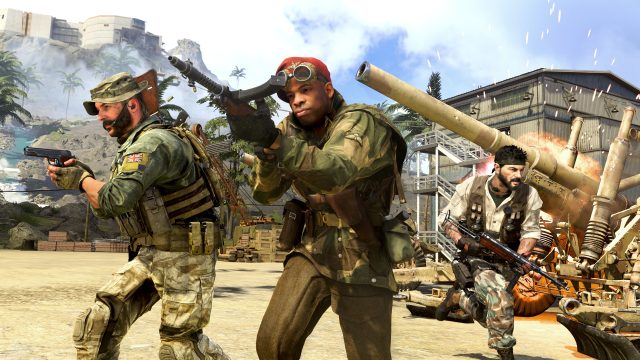 Is Warzone coming to an end?

Is Warzone Shutting Down when Warzone 2 Releases?

No, for now, you can breathe a sigh of relief, Activision isn’t planning to shut down Warzone servers. At least, for the time being. While still not confirmed, recent leaks suggest that Warzone 2 is set to launch on November 16th, 2022. It has been confirmed that the sequel is coming this autumn, but an official release date is yet to be announced. However, the fact that the new Warzone is coming this year has many current Warzone players worried. They worry if it means lights out for the current iteration of Warzone. Luckily, that’s not the case.

When they announced Call of Duty: Modern Warfare II in June 2022, Activision also confirmed that “the all-new Call of Duty: Warzone 2.0 comes out later this year”. And that same announcement clarified that “today’s Warzone will continue as a separate experience”. What does this mean, exactly? First and foremost, it means that Warzone servers will keep running and you can continue playing Call of Duty: Warzone just the same as you are playing it now.

What about your inventory, progress, unlocks, cosmetics, and so on? They will continue to exist within the old Warzone, but you will not be able to carry over all that content into Warzone 2. Your Warzone and Warzone 2 progressions will continue as two separate experiences. What about feature updates and content for Warzone? For this, we are not yet sure. Activision hasn’t shared details in this regard. Unfortunately, we have a bleak forecast here. We doubt Activision will put any significant resources into the development of the old Warzone. If you ask us, the current Warzone will enter maintenance mode once Warzone 2 launches. This means that future updates will be far and few between. We will update the article once we have more information.

PREVIOUS POSTCourage is in the Heart Genshin Impact Arashakun in Cave