The Warzone Godzilla vs King Kong event is finally here! Called Operation Monarch, this Warzone x Monsterverse crossover is set to bring a host of new content to the battle royale. From Godzilla and King Kong themed skins, to new game modes, new Caldera POIs, and much more. If you are an excited Monsterverse fan who can’t wait to face Godzilla and King Kong in Warzone, here’s when is the Operation Monarch launch time. 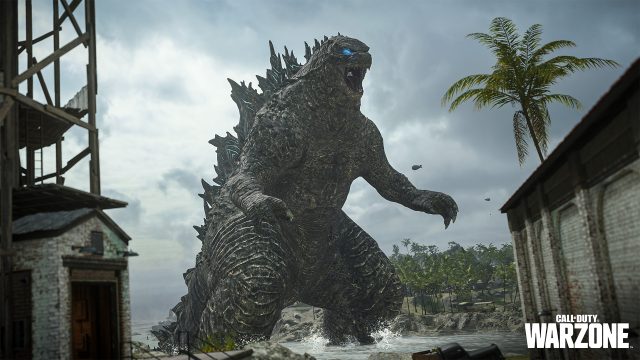 When is Godzilla vs King Kong Event on Warzone?

The Operation Monarch event is set to kick off on Wednesday, May 11th, 2022. The exact starting time has been revealed as well, and here is when you can expect the Godzilla Event update:

During a match, players will want to find Monarch Intel via Supply Boxes, special drops, and fallen enemies. By doing this you will be filling a special meter which can grant you Killstreaks, Loadout Drops, and even a powerful Titan Killstreak. There’s also the Titan S.C.R.E.A.M. Device, a new and powerful toy which will let players “unleash the awesome power of Godzilla and Kong in battle”. For more information about the event, visit the official Operation Monarch page.

NEXT POSTHow to Get Intel Ribbon Battlefield 2042