Warzone Season 2 Reloaded is here and it comes with an abundance of new content. In terms of gameplay, by far the biggest change is Rebirth Reinforced – a huge overhaul of the Rebirth Island map. The smallest Warzone map returns with several new POIs, such as Stronghold and Docks, as well as significant changes across other areas, including the Prison Courtyard. The update also introduced Weapon Trade Stations to the island. In this article, you will learn what are Weapon Trade Stations, how they work, and what they have to offer. 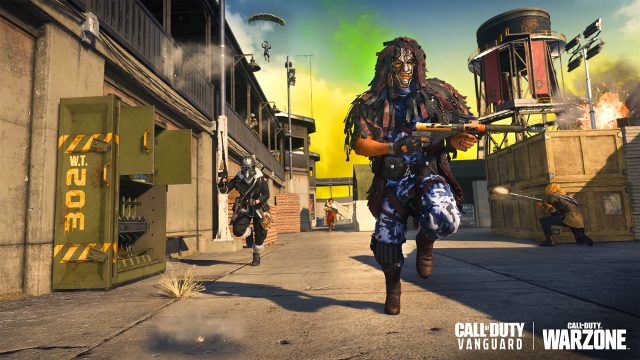 What are Warzone Weapon Trade Stations on Rebirth Island?

Weapon Trade Stations are a new Cash economy feature added to the Rebirth Island map. They are introduced with the Season 2 Reloaded update. Though, they will only be unlocked after players complete the first Rebirth Reinforced community challenge. You will be able to recognize them as green metallic weapon cabinets (see the image above). They will be positioned across the whole island, though we are not yet sure how many of them will be featured on the map.

These Warzone Weapon Trade Stations on Rebirth Island will allow players to trade their weapons for a new one. For example, if you are out of ammo for the one you currently have or you simply don’t want to use that one anymore, you can trade it. You will always receive a weapon of lesser rarity, but with a full clip of ammo! On top of that, at some rarities, you’ll also receive additional bonus items. Using a Weapon Trade Station is perfect in situations when you are low on ammo or you don’t have any. Or, for example, if a situation simply requires a different gun, or if you are not comfortable with using the one you currently have.

The weapons you can receive from these stations will always be partially randomized. But, there are some rules that can help you to know what can you expect. You’ll always receive a weapon of lesser quality, but with a full clip plus extra items. The better the weapon you trade, the better the offer you’ll get. When you interact with a station, you will always receive exact information on what weapon you will get in exchange for your current one. With that said, here’s what weapons you will be offered:

In addition, during a game there will be special Fire Sales, offering special deals at all Weapon Lockers. During these sales, you will be able to trade any weapon for “an incredible offer”. Currently, you can use the Weapon Trade Station feature only on Rebirth Island. We don’t know yet if this will become a permanent feature and if it will be added to Caldera later. With that said, that’s all you need to know about Weapon Trade Stations.