Don’t know how to enable 120Hz in Modern Warfare 2 on the PS5? Is there an option to unlock 120 FPS in the Call of Duty: Modern Warfare 2 beta? The COD MW2 beta is now live for the PlayStation 5 and PlayStation 4 players. Fans around the world are jumping in to test the new Gunsmith 2.0 system and their skills in multiplayer. However, upon the start of the beta for the PS5, many players are not sure how to enable 120 FPS in MW 2 on their consoles. Is there 120Hz support in the MW2 beta? If not, will it be added at launch? Here’s what we know about it. 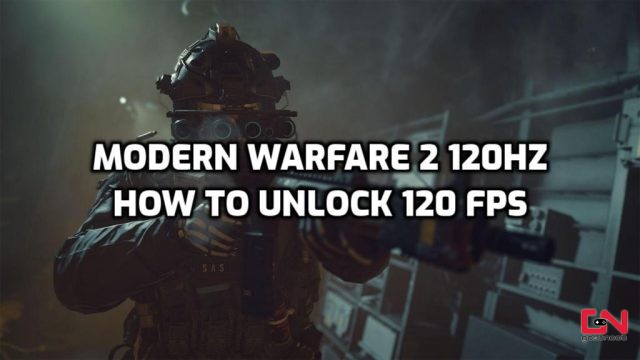 How to Enable 120Hz in Modern Warfare 2 on the PS5

The COD MW2 beta has just kicked off in early access for those fans who have preordered the game on PlayStation consoles. Naturally, one of the first things many PS5 owners will try to do is to set the game to work on 120Hz, as they want to use all the power of their consoles. Nowadays, playing games in 120FPS is simply a must on modern consoles. And that’s especially the case for first-person shooters. Otherwise, COD games feel sluggish and borderline unplayable at 60FPS.

So, how to play the COD Modern Warfare II beta at 120Hz on the PS5? And is there such an option at all? Unfortunately, to the best of our knowledge, there are no native options for 120Hz support right now in the PlayStation 5 version of the Modern Warfare beta. At the time of writing, we don’t know if this is just an oversight or intentional. Maybe they’ll add an option in the upcoming beta patch. Or, maybe, the Modern Warfare 2 120Hz option on the PS5 will be added when the game fully releases.

However, there is a workaround for 120 FPS in the MW2 beta. The MW2 120Hz option works if you simply turn on Performance Mode. That’s done directly in your PS5 console settings. Here’s what you need to do:

And that’s it! Now you should be able to play the COD Modern Warfare 2 beta in 120 FPS. Though, keep in mind that it requires you to have a TV which supports this frame rate. With an adequate TV, the game should run at 1440p/120 and have native VRR support. Previous Call of Duty games released on the PS5 – Vanguard and Black Ops Cold War – both have full support for native 120Hz gameplay. Thus, we expect that Call of Duty: Modern Warfare 2 will support 120Hz on the PS5 as well. However, when will the 120 FPS option be added directly into the game is yet to be seen. We will make sure to update the article as soon as we have more information.