Is your camo progress lost with the release of Call of Duty: Modern Warfare 2 and Warzone 2 Season 1? The long-awaited Season 1 is here! Unfortunately, for some players, it has started with quite unpleasant issues. Namely, a number of players report that they can’t unlock platinum camos in MW2 Season 1. Others report that all their camo progress has been reset. Have lost your camo progress? Are you unable to unlock platinum camos in Modern Warfare 2 Season 1? Read on as we explain this issue. 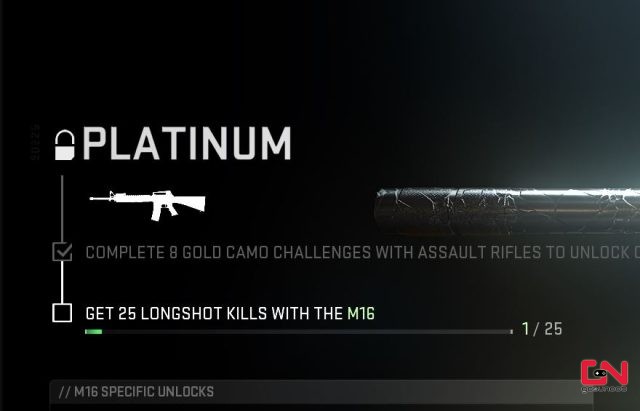 Call of Duty: Modern Warfare 2 Season 1 is now here! Not only it comes with several new maps and weapons, but it also arrives with Warzone 2.0. However, instead of enjoying new content, a number of players are currently suffering from a rather unpleasant issue. Namely, many players are reporting about lost camo progress with the start of Season 1. If you can’t unlock platinum camos, here’s what we know about it.

“With the release of Season 1, all of my platinum challenges that were not fully completed were reset to 0,” says Reddit user LaxGrip. And he’s far from being the only one. It seems that the issue isn’t related to any particular challenge or class. In fact, players report this is happening across all classes.

Thus, if platinum camos are bugged for you as well, you should know that it is a known issue since Season 1 launch. Unfortunately, as far as we are aware, there is currently no solution for this annoying bug. Furthermore, developers are yet to acknowledge this issue. Hopefully, they will fix it as soon as possible. In the meantime, we will follow the situation closely. If we stumble upon any temporary solution how to bypass this glitch, we will make sure to update the article. For now, that’s all we know about lost camo progress in Modern Warfare 2 Season 1.