Warzone 2 and Modern Warfare 2 Season 1 Reloaded is finally here! There’s a lot of new content waiting for players to jump right into. However, many annoying bugs are currently troubling the early birds. Namely, it seems that custom loadouts are randomly disappearing and not saving after the MW2 Season 1 Reloaded update. Apparently, all classes are resetting to the M4 as primary. Read on as we explore why this is happening and offer a possible fix.. 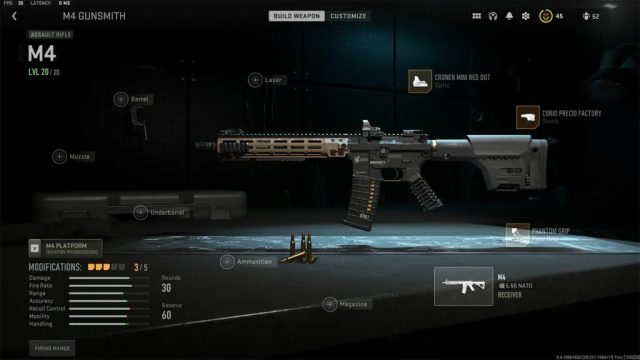 A new update in Warzone 2 and Modern Warfare 2 means exploring new and exciting content. Alas, it also means new bugs to trouble us. Right from the start, MW2 players have been welcomed by a loadout bug. Namely, MW2 and Warzone 2 loadouts are disappearing and not saving after the Season 1 Reloaded update.

“Since today’s update, about 50% of my loadouts have been reset/deleted. After rebuilding and going back out of the loadout editor, they wouldn’t save,” wrote Reddit user getos77. Many other players are reporting the same issue. “Custom loadouts disappear every time I go into matchmaking or when I close the game,” says u/chr1sfr4gs, who is definitely not happy with these issues.

The deleted loadouts bug appears on all platforms, as players speak about this issue on Xbox Series X/S, PC, and the PS5. Apparently, whenever players try to save a custom loadout, it switches back to the M4 as primary. At the time of writing, to the best of our knowledge, there doesn’t seem to be a reliable workaround for this annoying bug.

As shared by Reddit user HEMAN843, the only possible solution is not to put any mastery camo on the weapon. He claims that the loadout will stay if you do so. Definitely not an ideal solution, but it’s worth trying. At least you will be able to save your custom loadouts. We will make sure to update the article if we stumble across any other possible fixes. If you know any other solutions, share them with us in the comment section!