Call of Duty: Modern Warfare 2 recently received an update. While game updates are usually a good thing, they can sometimes also introduce new bugs. Unfortunately, this has been the case with this update, as it has caused a strange bug where Double XP Tokens are missing or you wind up with extra Double XP Tokens. If this problem has happened to you, you are no doubt wondering – where are my Double XP Tokens in MW2? We are going to see why this Double XP Tokens Disappear Bug is occurring in MW2 and whether or not you can do anything to fix this. 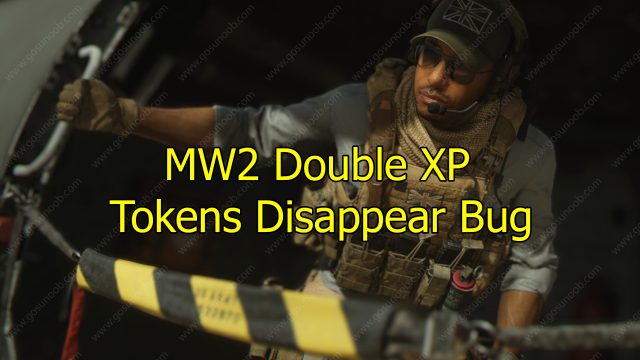 Now, this isn’t the first time that something like this has happened. No, problems such as this are very common when an update has just been released. We can only speculate what the reasons are for this happening. It could very well be because the double XP weekend is almost here, which is why this bug is occurring right now. And while many players have found that their Double XP Tokens are missing, others have exactly the opposite problem – they are randomly getting extra Double XP Tokens. And while missing tokens are a lot more troubling than extra ones, it’s still essentially the same bug. In particular, the extra Double XP Tokens seem to appear when players hard close the MW2 game app.

So, is there anything you can do about this bug to somehow fix this on your end? Sadly, no. Currently, the only thing you can do is to contact MW2 support for further assistance. Hopefully, a hotfix for this Double XP Tokens Disappear Bug is going to be released soon. In the meantime, if you have figured out any way to fix this, please share it with us in the comments.