Are MW2 Battle Rifle challenges not working and not tracking kills? If so, you should know that you’re not the only one with this annoying issue. Since the release of Call of Duty: Modern Warfare 2, players have reported all kinds of bugs. Among other things, Daily Challenges seem particularly glitched. For many players, Battle Rifle challenges are not working at all. If you are experiencing the “Battle Rifle Headshots Challenges Not Counting Bug” in MW2 or Warzone 2, here’s how to fix it. 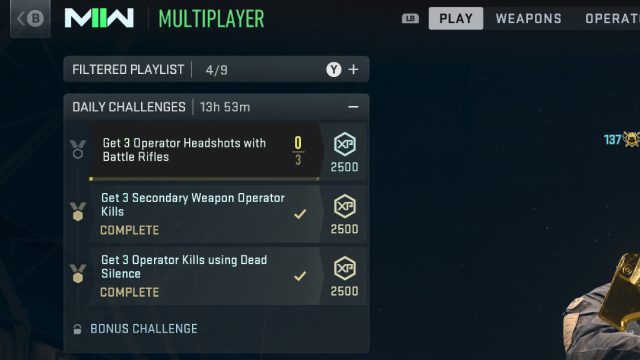 Based on the Heckler & Koch G3, this battle rifle is the only Battle Rifle in the game instantly available as the first weapon in its weapons platform. All other Battle Rifles are receivers unlocked from various Assault Rifles within their respective weapon platforms. And that’s why MW2 glitches out and doesn’t count toward the Battle Rifle Headshots challenge. The fact that Battle Rifle challenges are not working even two months since the game’s release is definitely not a good look on Infinity Ward. Hopefully, they will fix this and other bugs soon. Until then, the only 100% working workaround for this bug is to use the Lachmann-762 for Battle Rifle challenges to track.