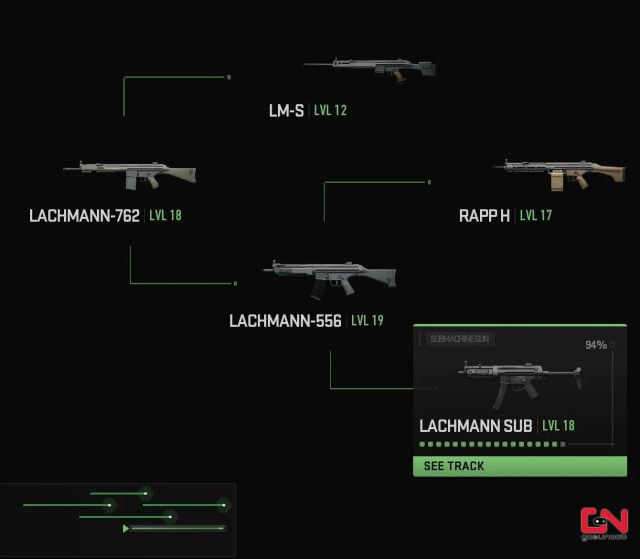 How to Unlock Lachmann 556, RAPP H, and SUB in Call of Duty: Modern Warfare 2 Beta

So, the Gunsmith 2.0 system we’ve mentioned in our introduction introduces one new subsystem called “Weapons Platforms”. A Weapons Platform is essentially a set of weapons from the same manufacturer. These weapons share progression, and attachments unlocked within the same Weapons Platform can be used by any weapon from that platform. For more info, read our in-depth Modern Warfare 2 Receiver & Weapons Platform guide.

And that’s about everything you need to know about these guns. One final note, though. Currently, in the beta, there is a visual glitch which shows some weapons still have one more level to complete even though they’re at 100%. Don’t worry about that, it’s just a visual glitch in the beta, and it will be fixed. If your tree says 100%, then you’re all set.