If Modern Warfare 2 won’t launch and crashes with a black screen, you should know that you are not the only person with this issue. Call of Duty: Modern Warfare 2 multiplayer is finally here. Unfortunately, as is usually the case, the launch is plagued by several bugs and other issues. In particular, a number of players report that they can’t start MW2. Instead of launching, they get a Modern Warfare 2 black screen on launch, and shortly after it causes the PC to reboot. If you are among these players, read on as we explain why MW2 crashes your PC, and how to potentially fix the MW2 black screen issue. 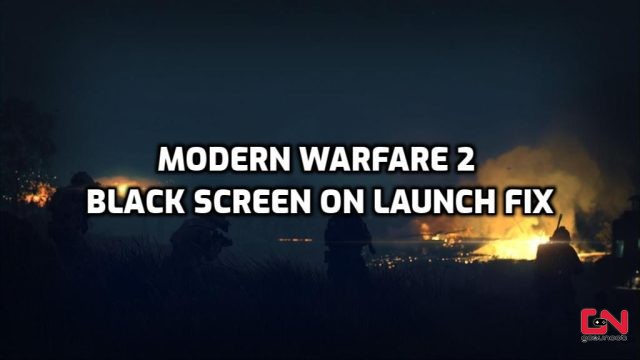 Whenever a game causes issues that are crossing the boundaries of the game itself, such as forcing your PC to reboot or overheating your GPU, that is never a good sign. Thus, despite our usual “don’t worry” consolation words, this time around there’s definitely a reason for cautiousness. The bad news is that this is not a good sign. The good news is that it has nothing to do with your hardware. Your PC is probably working just fine. Rather, the issue is caused by instability due to the latest Nvidia driver. The developers of the PC version of COD MW2, Beenox, have confirmed this issue via their official Twitter account:

Thus, what you should do as a temporary solution for this is to roll back to your previous version of the Nvidia GPU driver. The previous version should be stable and not cause any issues with COD MW2. Does MW2 still cause your PC to randomly reboot with a black screen? Then the problem might be AMD CPU-based, as reported in this Reddit thread. However, for that issue, there are currently no solutions. We will make sure to update the article if we stumble upon a workaround.

PREVIOUS POSTMW2 To play this, You’ll Need To Buy It Xbox Error Explained

NEXT POSTMW2 Can’t Access Multiplayer, Why You Can’t Launch Multiplayer

Now that Genshin Impact 3.3 is out, we have a new character to play with…