Are you getting the “To play this, You’ll Need To Buy It” error when trying to start MW2 on Xbox? Call of Duty: Modern Warfare II multiplayer is finally here! However, at launch, a number of players are currently experiencing a rather unpleasant surprise. Namely, they are informed that they don’t own MW2 on Xbox, despite buying the game and even playing the campaign over the last seven days. Are you getting this error as well? Read on as we explain why is this happening. 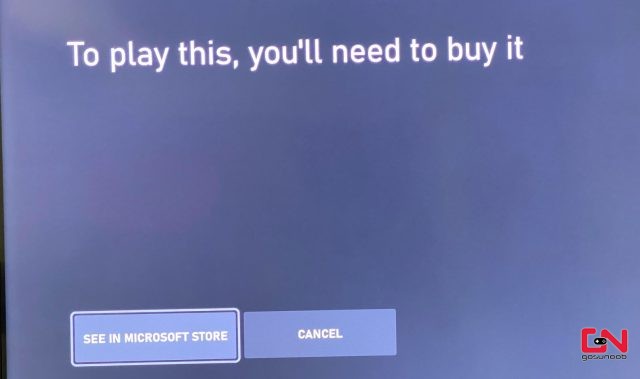 Modern Warfare II To play this, You’ll Need To Buy It Xbox Error

To play this, You’ll Need To Buy It Modern Warfare 2 Error Explained

UPDATE: Since the most recent Modern Warfare 2 patch on Thursday, November 17th, a number of players are again experiencing the same issue. We will update the article once we have more information about it.

It’s midnight in your region, and you are finally ready to play MW2 multiplayer. However, you are unable to do this as your Xbox says that you don’t own Modern Warfare 2. When you try to start MW2, a message appears that says: “To play this, You’ll Need To Buy It”. Since you are fairly sure that you’ve bought the game, this is quite baffling to see. So, why is this happening? The good news is that you didn’t make any mistakes on your part. It has nothing to do with you accidentally doing something wrong. Rather, as reported by other players, it seems that the issue is caused by Microsft.

Apparently, it seems that some glitch caused Modern Warfare 2 pre-orders to be cancelled en masse on Xbox consoles. Many players are reporting the same issues. Thus, the first thing you should do is check Microsoft order history to see if the MW2 purchase was cancelled. Look for it in your email as well (the one you use for Xbox). If it turns out that indeed is the case, and your MW2 purchase was cancelled by mistake, then unfortunately there’s only one thing you can do. You will need to submit a ticket to Xbox Support and explain your problem. Though, you should be warned that many players are currently waiting in line due to the same reason. Thus, it might take a while until they process your submission and solve the problem.