Not sure where to find a sharp weapon in the Alone mission in the Call of Duty: Modern Warfare 2 campaign? We’ve got you covered! The Alone mission in the MW2 campaign is one of the most nail-biting in the game. It has you playing as Soap alone deep into the enemy territory, while hostile soldiers are looking for you and killing everyone whom they don’t like on sight. At one point you will be tasked to “Find a Sharp Weapon”. However, this has many players stuck as they are not sure where to look for the weapon. Read on as we explain where to find the knife in the MW2 Alone mission. 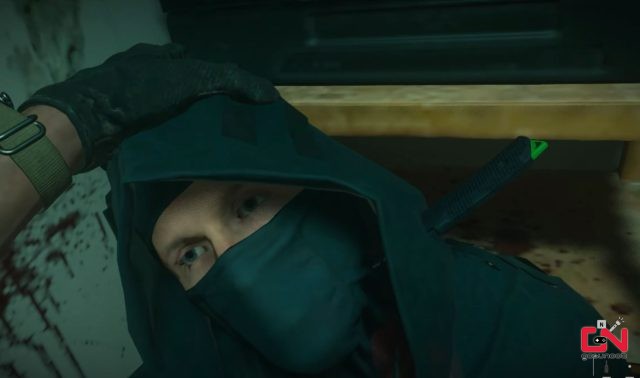 Where to find a Sharp Weapon Alone MW2

Where to Find Sharp Weapon in Alone Modern Warfare 2

So, how to find a sharp weapon in the Modern Warfare 2 campaign “Alone” mission? Alone, which is the 13th mission of the MW2 campaign, isn’t your typical full-on action Call of Duty mission. Rather, it is much more grounded and stealth-based. Your primary goal is to survive and reach safety. You play as Soap, and you will be guided by the legendary Ghost. Along the path, you’ll find various mundane items. You can use these items to craft useful tools, such as smoke bombs. Furthermore, the game will task you with obtaining specific items along the way. And while most of them are relatively easy to find, some will be particularly hard to locate. One that has players particularly lost is the “find a Sharp Weapon” objective.

First, you’ll need to enter a blue building from the piazza with a fountain. You’ll find some bottles near the fountain which you can use to distract guards and sneak into the blue building. Inside, you’ll find some crafting materials. From there, simply follow the corridor until you reach a dead Shadow Company soldier leaning against the shelf with an old TV. Interact with his body and you will find Ghost’s knife stuck into his neck. Pull the knife out, and with that, you’ve completed the “Find a Sharp Weapon” objective.