Looking for MW2 multiplayer release date and time? We’ve got you covered! COD MW2 campaign early access is well underway, but for many players, the multiplayer aspect of Call of Duty games is what they enjoy the most. This year, Activision has offered an early access period so that everyone can enjoy the campaign before switching to multiplayer. So, when is Modern Warfare 2 multiplayer coming out? Read on to learn when you will be able to play MW2 ranked. 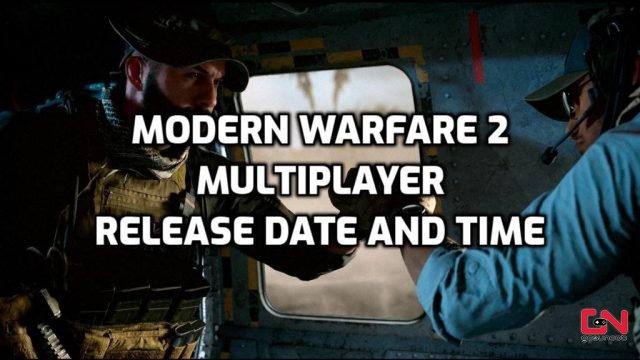 Call of Duty: Modern Warfare 2 multiplayer is set to be released on October 28th or 27th, depending on your local time zone. However, the launch times won’t be the same for console players and those who will play via PC (Battle.net and Steam). Activision has officially confirmed launch times for all platforms, so check them out. First, let’s see when does MW2 multiplayer launch on the PC across the globe:

When it comes to consoles, those who plan on playing Modern Warfare 2 multiplayer on PS5, PS4, Xbox Series X/S, and Xbox One will have an opportunity to play the game five hours earlier. Below you can find the exact MW2 multiplayer release date and time on consoles: