Are you having sound issues in Modern Warfare 2 on PS4 or Steam? Call of Duty: Modern Warfare 2 multiplayer is finally here and hundreds of thousands of players have already jumped into the fray. However, numerous bugs at launch are preventing them from enjoying the experience properly. Some players on Steam say they have no sound at all. While others report MW2 sound issues on PS4. If you are having trouble hearing explosions, enemy footsteps, killstreaks and hitmakers in Modern Warfare 2 on PlayStation 4, read on as we explain the issue. 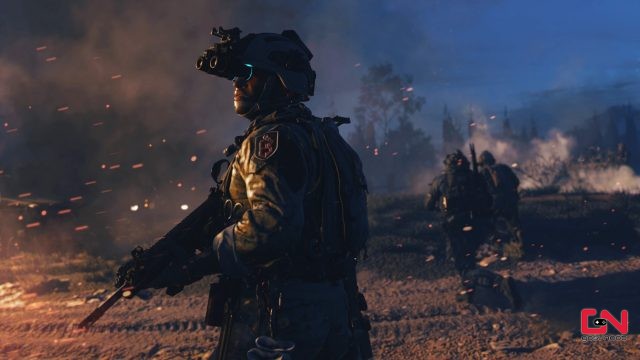 Call of Duty: Modern Warfare 2 has now fully launched, with all content across all platforms being available for everyone. Alas, the launch isn’t going perfectly smoothly at the moment. Some players can’t even access multiplayer, and those who manage are faced with numerous problems. Those who play Modern Warfare 2 on PlayStation 4 have reported several problems. The MW2 sound issues on PS4 are particularly problematic. We all know the importance of sound in competitive first-person shooter games. That’s exactly why it can be so frustrating when it doesn’t work quite right.

As reported by Reddit user u/EdgyBobcat, and corroborated by other players, MW2 sounds on PS4 are currently glitched beyond playable. “There’s no hitmarker sound, can’t hear explosions and enemy footsteps,” he wrote. “Also, killstreaks can’t be heard. Does anyone else have this problem?”

As it stands, it seems that this issue is only related to the PS4 version of the game. However, it is important to note that sounds worked fine in the beta. Thus, it is probably a bug caused by recent launch update changes, which include some sound tweaks. Hopefully, developers will quickly fix this.

On the other hand, some PC games report that the MW2 has no sound at all on Steam. It seems that this issue can be fixed with a complete reinstallation of the game. Thus, try installing and reinstalling MW2 on Steam if you have no sound. For now, that’s all we can share about MW2 sound issues. Nonetheless, we will update the article with any potential new solutions for these problems.

NEXT POSTMW2 How to Access Settings While in Match, Pause Mid-Game