How to snake in Call of Duty Modern Warfare 2 is one of the first techniques you’ll want to learn. Call of Duty snaking is back in MW2, and it’s already dividing the player base. Some are loving it, while others find it annoying. No matter what you think about this move, you will need to learn it if you want to stay competitive in MW2 multiplayer. In our step-by-step guide, we explain in detail everything you need to know about the Modern Warfare 2 snaking technique. 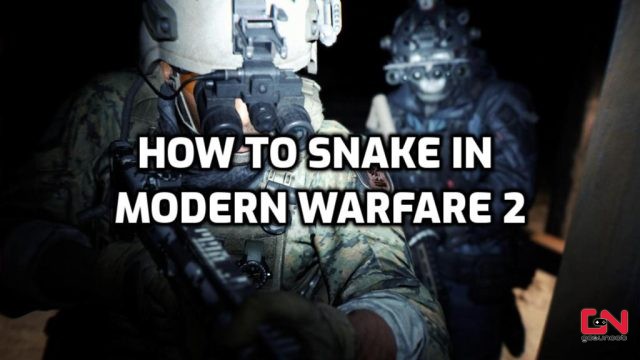 How to Snake in Call of Duty Modern Warfare 2

Before we explain how to snake, let’s first see what the snaking technique actually is. Snaking is an old Call of Duty technique. In some older Call of Duty games, like 2011’s Modern Warfare 3, it was a movement technique with lateral motion causing your player to literally slither across the screen. Hence the name. However, in modern COD games, like Warzone and Modern Warfare II, it has a slightly different meaning. It is no longer a movement manoeuvre. Rather, it’s an exploit which can cause the so-called “headglitch” when hiding behind barriers, barrels, windows, etc. Abusing this causes you to be able to see and shoot at your enemies, while them being unable to respond and hit you back.

Someone bobbing and weaving behind covers safely while killing enemies is definitely not a pleasant experience for the other side. Thus, just like slide cancelling, it’s a highly controversial move. But hey, it’s in the game, and until Infinity Ward patches it out, you are allowed to use it. So, how to snake in Modern Warfare 2? It’s rather easy really, just repeatedly switch between “prone” and “crutch” positions while behind any covers. The hard part comes in mastering this technique and getting your timings right. You’ll need to develop a proper sense of it, while also being able to aim and hit your targets. With that said, our “Modern Warfare 2 Snaking” guide is completed.

PREVIOUS POSTReturn to Monkey Island Review – Right in the Childhood