Will Modern Warfare 2 beta progression carry over to the full game? The first Call of Duty: Modern Warfare II beta weekend is behind us. As impressions are slowly settling while we are waiting for the cross-over beta, some questions are rising as well. Namely, many players want to know if their levels, unlocks, and other progress will carry over to the full game once it releases on October 28th. So, will your MW2 beta progress be transferred? Or, will there be a full reset and all progress will be wiped out, including rank, levels, and unlocks? Here’s what we know. 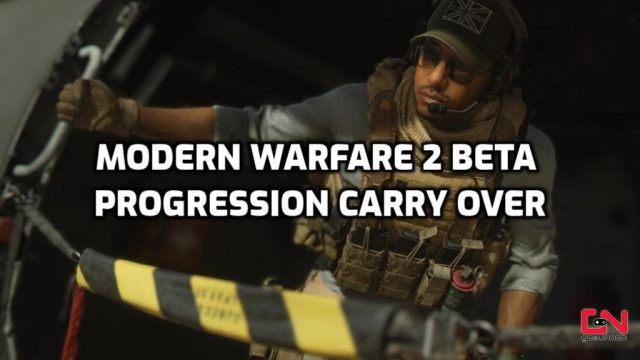 Does Modern Warfare 2 Beta Progress Carry Over to the Full MW2 Release?

First off, there’s really not much progression in the beta in the first place. The developers, Infinity Ward, have decided to lock out most of the weapon progression and levelling. Some due to balancing reasons, others because something is not yet ready. However, there are some weapon platforms that can still be unlocked and levelled up. And, if you were grinding hard during the beta, you’ve probably unlocked and levelled quite a few things over the last couple of days. So will those things be waiting for you in the full version of Modern Warfare 2, or there will be a progression wipeout after the beta?

Unfortunately, your progress from the Call of Duty: Modern Warfare 2 beta will not carry over to the full game. You won’t be able to transfer your rank, weapon levels, or unlocks, such as attachments and receivers. However, the beta does have one thing that will carry over the full version of COD MW2. Once you unlock Modern Warfare 2 beta rewards, they will be there waiting for you when the game fully releases on October 28th. Here’s what rewards will you get to keep after the beta ends: