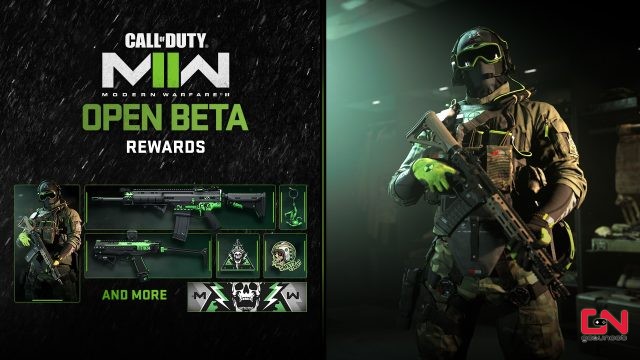 No matter if you’ve preordered COD MW2 and playing in early access, or playing the open beta, you will be able to claim the rewards. Furthermore, these rewards are not platform-based. No matter if you play the beta on PlayStation, Xbox, or PC, you will be able to unlock the beta rewards. The rewards are distributed over two weekends. But, the weekend 1 rewards will also be available during the second open beta weekend. With that said, here are all Modern Warfare 2 beta rewards:

In regard to how to claim these rewards, it’s rather self-explanatory, really. Simply level up an Operator to a level required to unlock a specific reward during the beta and you will unlock that item. This can be done during both beta weekends, both during open and early access and on any platform. Once you claim them, they will be bonded to your Activision account. And, when Call of Duty: Modern Warfare 2 fully releases, you will have them available. And, you will also be able to use them in Warzone 2 when the next Call of Duty battle royale title launches.