When does Call of Duty Warzone 2 & DMZ Season 2 start? The first season of Warzone 2 is slowly ending, and fans worldwide are eagerly awaiting the start of the new season. And not only for the battle royale, but also for Call of Duty’s first-ever extraction mode – DMZ – which has proven to be a colossal hit. Read on to learn more about Call of Duty: Warzone 2 Season 2 release date. 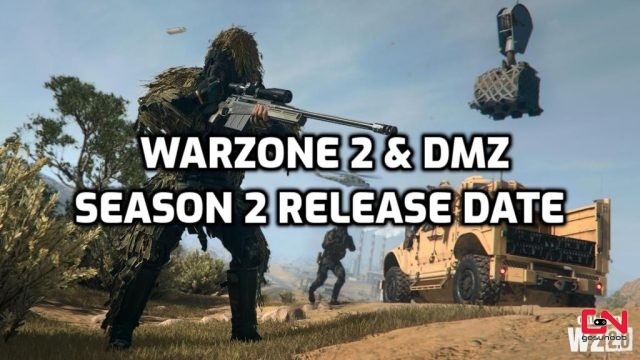 So, when does Call of Duty: Warzone 2 start? At the time of writing, January 18th, Infinity Ward and Activision haven’t officially announced any details regarding the update. However, fans, community members, and data miners are already speculating about the possible release date.

Until recently, the consensus was that the Warzone and DMZ Season 2 update would likely come out on February 1st. The reason behind this belief was simple – the current Season 1 Battle Pass was set to end on that date. This was based on the in-game timer, which concludes on the first day of February 2023. However, recent discoveries are pointing out to a different date. Namely, as reported by a well-known Call of Duty insider, CharlieIntel, data miners have discovered new information in regard to Warzone 2 and DMZ Season 2.

New data mining information suggests Season 02 of MWII and Warzone 2 begins February 15th, not February 1st. Seems like the new Season may be delayed. No official announcement yet from Activision.

“New data mining information suggests Season 02 of MWII and Warzone 2 begins February 15th, not February 1st,” reads the tweet. “Seems like the new Season may be delayed. No official announcement yet from Activision”. CharlieIntel didn’t provide his sources for this claim. Nonetheless, given his involvement in the Call of Duty community, we have no reason to believe that he’s not well-informed. This aligns with recent claims that Warzone 2 is not performing as expected in terms of player count. Developers probably need more time to implement additional improvements and changes. We will update the article once we have more details about Warzone 2 & DMZ Season 2 release date.

In Hogwarts Legacy, you will be able to learn all sorts of powerful and useful…