Completing the “Key Elimination” mission in Warzone 2’s DMZ mode might be tricky if you are not sure what to do. With the arrival of Warzone 2, developers introduced a brand new mode called DMZ. In DMZ, which is a mode similar to Escape from Tarkov, squads will be tasked to complete various Faction Missions. In Tier 2 of the Legion faction, a mission requires players to Eliminate the HVT Contract and grab a key from it “to unlock a locked space”. However, this task has many players confused as they are not sure where they need to look. Read on as we explain how to complete the “Key Elimination” mission in DMZ Warzone 2. 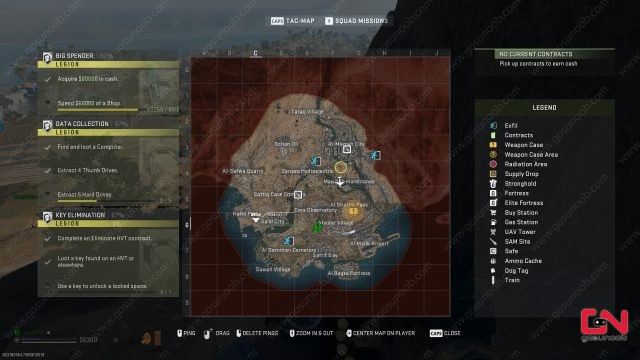 The Warzone 2 “Key Elimination” DMZ mission is one of the Tier 2 missions given by the Legion faction. And it consists of three tasks which we list below:

A rather straightforward mission at first glance. However, there’s some confusion at almost every step of it. In order to eliminate an HVT Contract, you’ll first need to locate it. Thus, open your map and scroll around to check the green icons representing objectives. Once you find one that says “Eliminate HVT Contract”, that’s where you need to go. Head to that location and you’ll find a green cellphone there. Interact with it by pressing F, which will trigger the next step of the mission.

The mission will now direct you where you’ll need to go in order to complete the Eliminate HVT Contract. It’s not the same location for everyone. Once there, basically, eliminate anyone at sight. One of the NPCs there will be your High-Value Target (HVT). Make sure to loot their body, which will drop a key. This key will be for a different location each time. Usually, the key will have coordinates marked green next to its name. And that’s where you’ll need to go to “unlock a locked space”. Keep in mind that, in order to complete this step, you don’t need to use this exact key. It will do the trick if you have any other key to unlock another closed door.