Will Rebirth be in Warzone 2? Since the introduction of the map back in December 2020, Rebirth Island has quickly become a fan favourite. In fact, Warzone players love it so much that they loudly resented the introduction of map rotations in Warzone Season 5. And now, with the arrival of Call of Duty: Warzone 2.0, many want to know what will happen with their beloved map. Read on to learn if Warzone 2 will have the Rebirth Island map available. 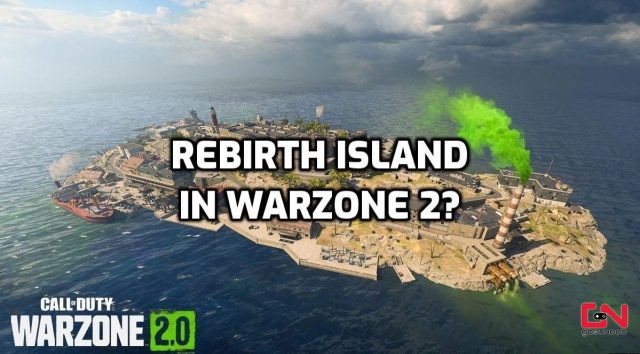 Will Rebirth be in Warzone 2?

Unfortunately, if you are one of many players who enjoy playing on Rebirth Island, we have some bad news. It has been confirmed that starting from November 16th, the map will be removed from Warzone playlists. At the same time, it will not be added as a new variation to Warzone 2. When Warzone relaunches after a brief pause as Call of Duty: Warzone Caldera, the only available map will be the titular Caldera. The same goes for Fortune’s Keep, the smallest and the most recent Warzone map.

On the other hand, Activision promises that “those fans of small Battle Royale maps” can expect “exciting developments in Warzone 2.0 during future seasons”. We are not sure if this means that Rebirth will return in some form in Warzone 2. However, it’s likelier that they are working on a brand new “small” map for Warzone 2. Thus, it may very well be that Rebirth Island and Fortune’s Keep will be gone for good. That is, until they resurface in some future Call of Duty games in some new variations.

For example, the original Warzone map – Verdansk, will return as the main map in Warzone Mobile. About a year after it was removed from Warzone. Thus, there’s still hope that we will see Rebirth again. Just not in Warzone 2. With that said, that’s all you need to know about Rebirth Island in Warzone 2 – it’s not happening.