How to beat Vordt of The Boreal Valley

Vordt is a fallen knight. He walks on all fours and wields a mace in one hand. He has a couple of ice-based attacks – if you have any armor or items that would boost your frost resistance, make sure to bring them.

Like with all four-legged creatures, it’s best to try and stay close to his rear. Wait for him to swing his mace, then roll towards him. With a little luck, this will let you land near his hind legs. Place a couple of light attacks and he’ll jump away. 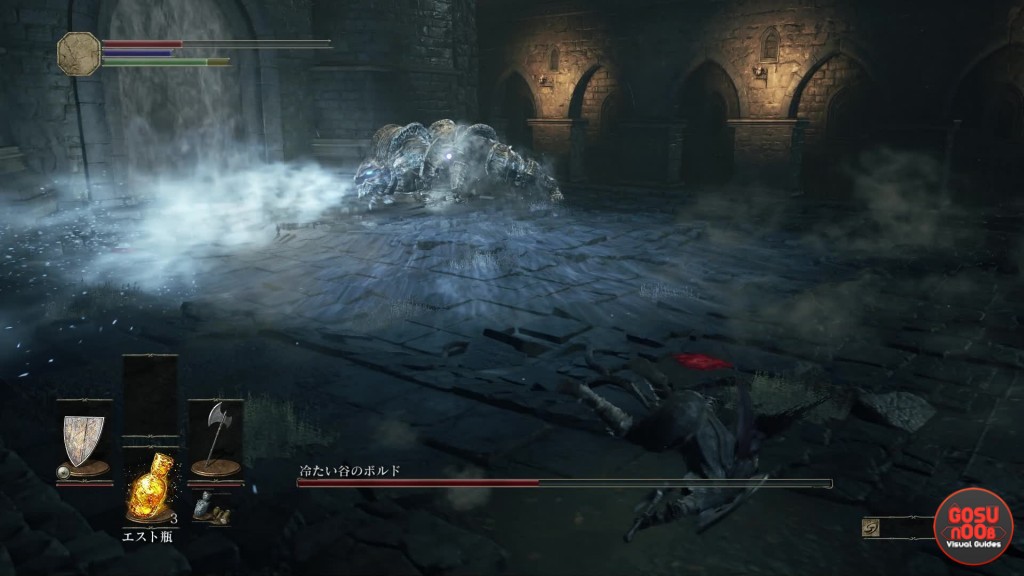 Once he’s down to half his health, he’ll get angry. He’s going to charge around the room 3 times. After the third charge, he’ll stop and start shooting ice mist from his mouth. Get behind him and do a heavy attack. This will interrupt him, making him go into charge mode again.

Make sure to stay away from the AoE attacks – they all cause frostbite. Keep to his rear whenever possible, since it’s his weak spot.