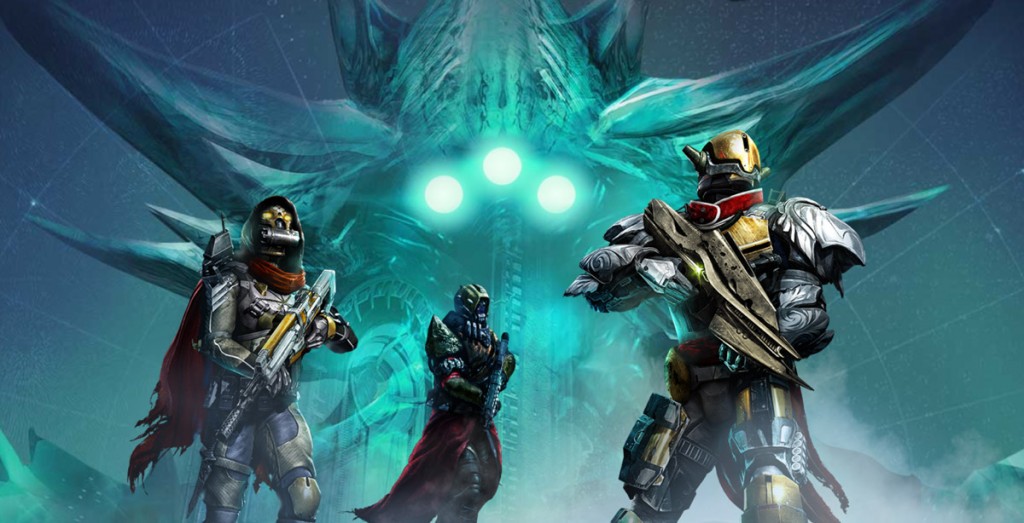 Today, Bungie team has officially announce the first Destiny expansion The Dark Below. This update is scheduled for December 9th, and Destiny fans can expect new weapons, armor, and gear earned in new story quests and missions, three new competitive multiplayer arenas, and a new Strike and Raid.
▼Article Continues Below▼

Your legend grows. Reach new heights of prestige and glory by increasing your Light Level to 32, acquiring exclusive new weapons, armor and gear, and facing new cooperative and competitive challenges as your adventure continues.

Summon your courage, Guardians. Crota waits in the dark below. Gather your most trusted allies to form a Fireteam, six Guardians strong. Don your best, battle-hardened weapons and armor. Master the depths of the Hellmouth. Face Crota, and live, and glory and reward are yours for the taking.

In the Jovian Complex, deep in the old Cosmodrome, lives Omnigul. Here, she works to expand the Hive army in preparation for the return of her master, Crota, and the Hive’s invasion of Earth. Only you and a fireteam of brave Guardians can eliminate this threat, moving closer to saving our world and growing your legends.

Get ready to fight, Guardians. The Crucible expands into new territory with three new competitive arenas. Each presents its own unique strategic opportunities to sieze glory and honor. All must be mastered to assure that your Light will prevail in battle.

New Crucible Maps – The Cauldron
All forms of life were once judged before the power of the Darkness at this abandoned Hive ritual site. Now, all forms of close-quarter combat and versatility will be tested in this new Crucible proving ground.

New Crucible Maps – Skyshock
An old interplanetary defense array plays host to Earth’s newest Crucible arena. Skyshock Array’s offers both vehicle and infantry engagements, creating a varied battleground, where the Last City’s Guardians must use all of their skills.

New Crucible Maps – Pantheon
Deep within the Black Garden, in an ancient Vex temple, lies a new Crucible arena. The symmetrical Vex-designed landscapes feature tight corridors and open thoroughfare, allowing Guardians to bring the intense fight to each other.

After years hiding amongst the Hive shadows, a new character, Eris, has come forth bearing an ominous warning: The Hive seek to summon a god, Crota, to destroy the Earth. Find her in the Tower to complete her quests and three new story missions, increase your Light, and earn the weapons and armor you’ll need to face what waits in the dark below.