With the release of The Dark Within expansion for Destiny you will meet a new NPC – Eris Morn. She will give you a series of quests one after the other that will reward you with reputation and gear.
▼Article Continues Below▼
Among these quests you will get three quests at once that require you to explore the Cosmodrome on Earth to find Eyes of Crota, Hand of Crota and Heart of Crota. Quest description clearly states where you should look for these NPC’s but if you are like me you are not 100% sure where Terrestrial, and Lunar Complexes are on Earth or where exactly the Refinery is. Therefore, I’ve searched for locations of quest NPCs and bellow you should find screenshots and short descriptions of how to find them. Just go to patrol Earth and follow the instructions to get to each location. If you do not find the mobs at first just wait for them to respawn because someone might have killed them. These locations have been confirmed several times.

These can be found in the Terrestrial Complex. This is the area where The Last Array story mission takes place (go to Earth map in-game and locate The Last Array on the map to get a sense of where you need to go). From where you spawn on Earth go left and go through Mothyards and there is a road along a small stream that takes you north into Forgotten Shore. Once you reach that zone go west and follow the road uphill until you enter a building complex. This is the Terrestrial Complex you are after and as you go through it you will enter a nice little open area where you defend a radar array in the story mission. Servant of the Eyes is there and once you kill it and steal his urn Eyes of Crota will spawn from a dropship. Kill them for quest completion. 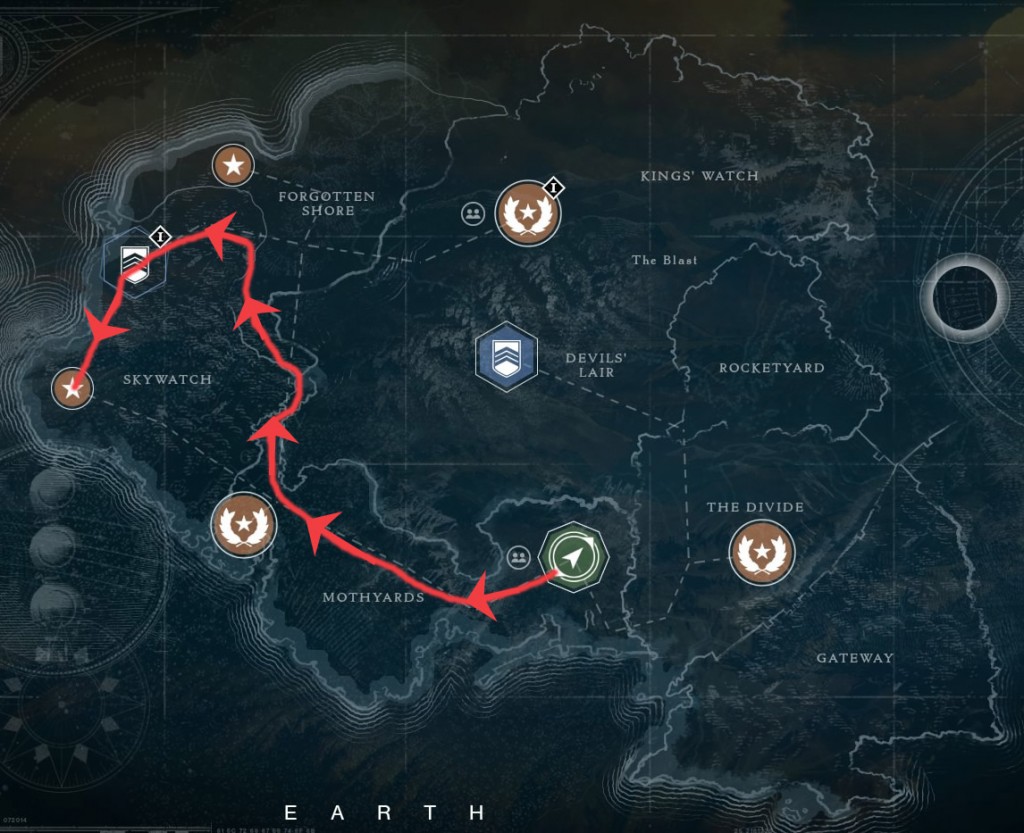 Hand of Crota is located in the Lunar Complex on Earth. To get there you basically need to go to The Dark Within story mission’s location (that is the 2nd or 3rd mission of the game where you first kill a wizard mob). From where you spawn move west through the Mothyards and go up that small path up to a building in the westernmost part of the Mothyards. Once inside the building just follow the path and you will enter a dark area of the building where your flashlight goes on. In the first room there you should find Servant of the Hand. Kill him and Hand of Crota will spawn along with several green spheres that spawn thrall mobs. 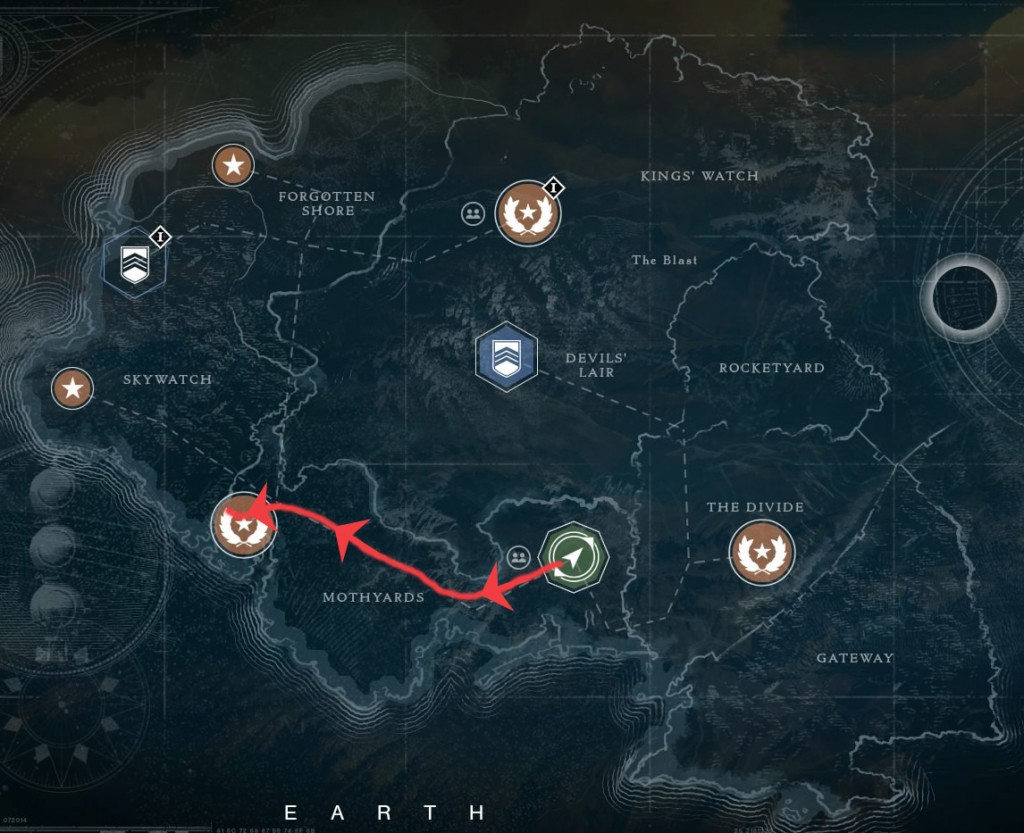 Description: Patrol the Refinery in Cosmodrome. Defeat the Servant of the Heart to lure out its master. Refinery is the area of Earth where you enter the Devils’ lair strike. From where you spawn go east through The Divide and then go north as if you will enter the strike. Before you reach the room where the first event of the strike starts you will see Servant of the Heart. Once you kill him Heart of Crota will spawn (he is a tough little wizard mob) along with some adds. 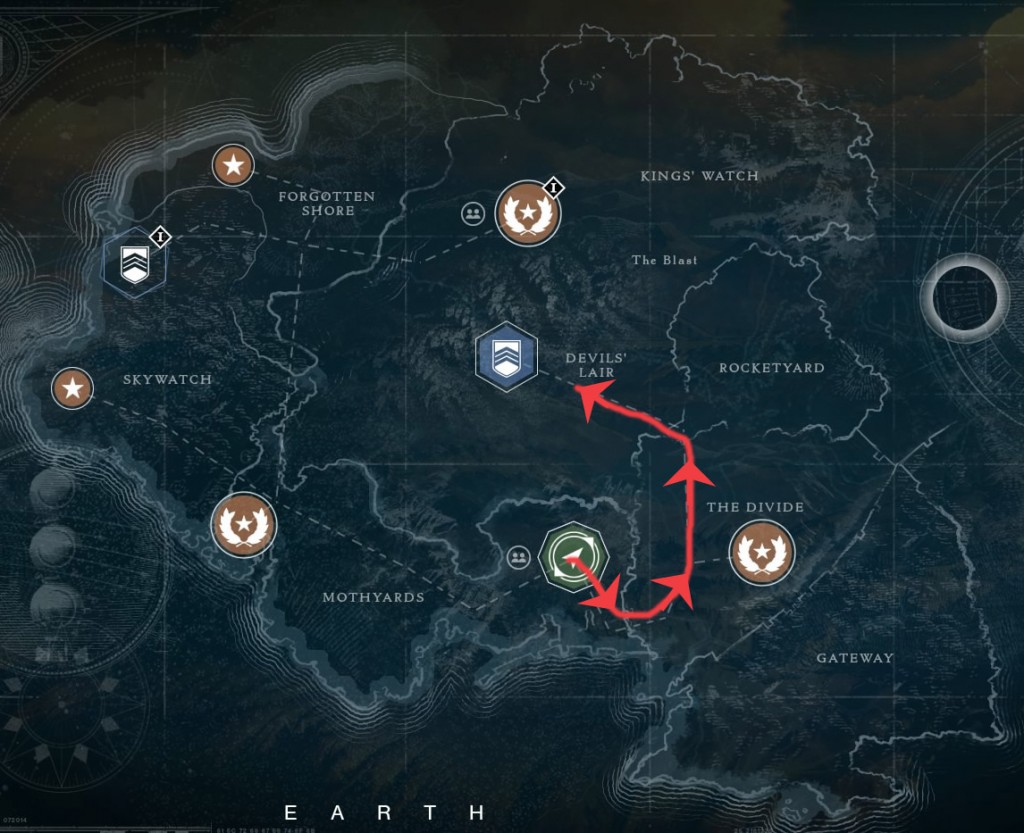