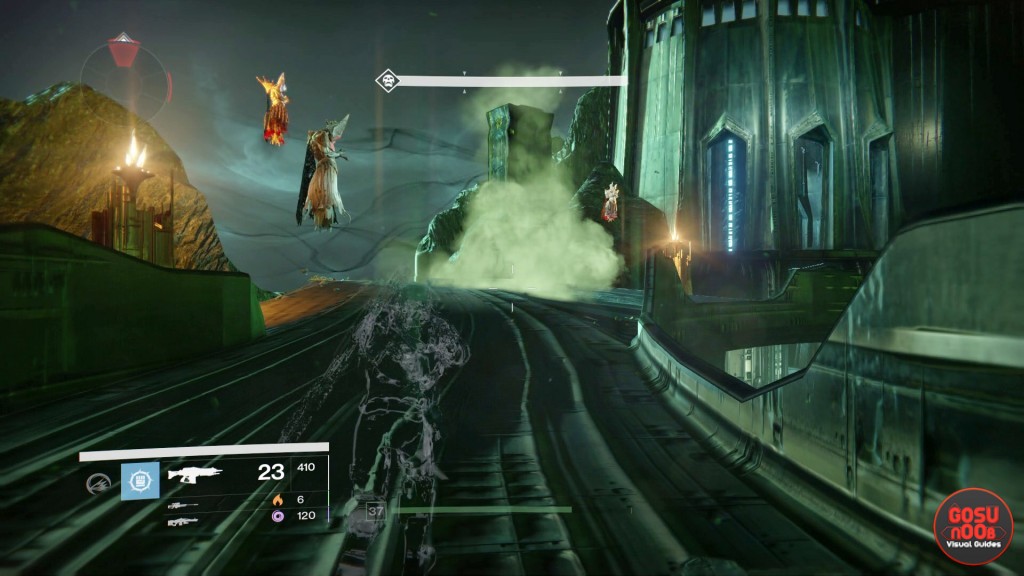 Accept the Last Rites quest on Ocean of Storms, Moon. Make sure you have the Icebreaker with you, as you’ll need a lot of ammo. You’ll get a stealth device and the task to sneak through the location until you reach Crota’s grave. Just follow the radar marker. When you jump through the hole in the ground and land in a pool of water, look through the door – you’ll see a smoking cube in the distance, with two large figures beside it.

Move to the right, so as to have a clear shot of the figure to the left. Do not move closer, or you’ll be spotted. Shoot it once, then wait for the stealth device to replenish. It will turn red when you land a hit, then white, then finally dark. When you’re fully invisible again, take another shot. If you shoot before the device is full again, you’ll be discovered and teleported to a room full of enemies. Aiming for the head will speed things up a lot.