Among many secrets and new exotic weapons that the latest update The Taken King brought, Destiny players found themselves faced for the first time with a brand new item named Three of Coins. This item is available in Xur Stock at cost of 7 Strange Coins for 5 pieces. After hours of testing we’ll share with you our conclusions in the guide below. 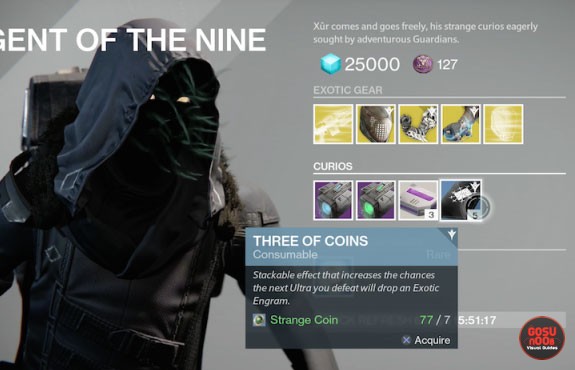 How to use Three of Coins