Finding people to raid with can be problematic – school, work and life in general often get in the way of a couple of friends just trying to blast their way to some nice loot. That’s mainly where Destiny’s 1.1.1.
▼Article Continues Below▼
update is supposed to help. Weekly Heroic Strike is going to get its own matchmaking system, which will let you play with strangers of the appropriate level if none of your friends are around. 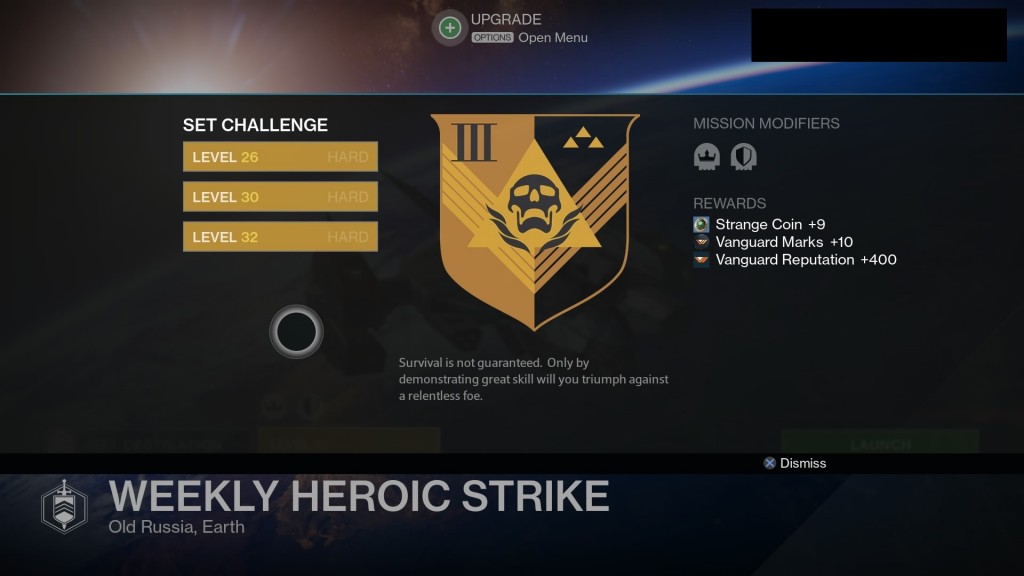 Over on Bungie’s blog, lead designer M.E.Cheng explains: “We wanted the Weekly Heroics to be a challenge that pushed you and your buddies, but what we observed was that these strikes don’t demand the same cooperation of a cohesive pre-made group. The overwhelming community response was such that many players didn’t have the numbers on their friends list to experience the activity on a weekly basis.”

After the update, you won’t be able to solo Weekly Heroic, either. No changes will be made to Nightfall or the Raids, although Cheng admits they see the problem many people have with finding Raid groups, and assures us that they’re looking for an adequate solution.

The update should go live near the end of February. Here’s a list of miscellaneous additions it will bring:Source: Bungie