In the latest blog update, Bungie community manager David Dague describes (and shows) how the new location in Destiny: The Taken King will look, feel and work. There’s also some images of it to gawk at – it’s a pretty and confusing place. 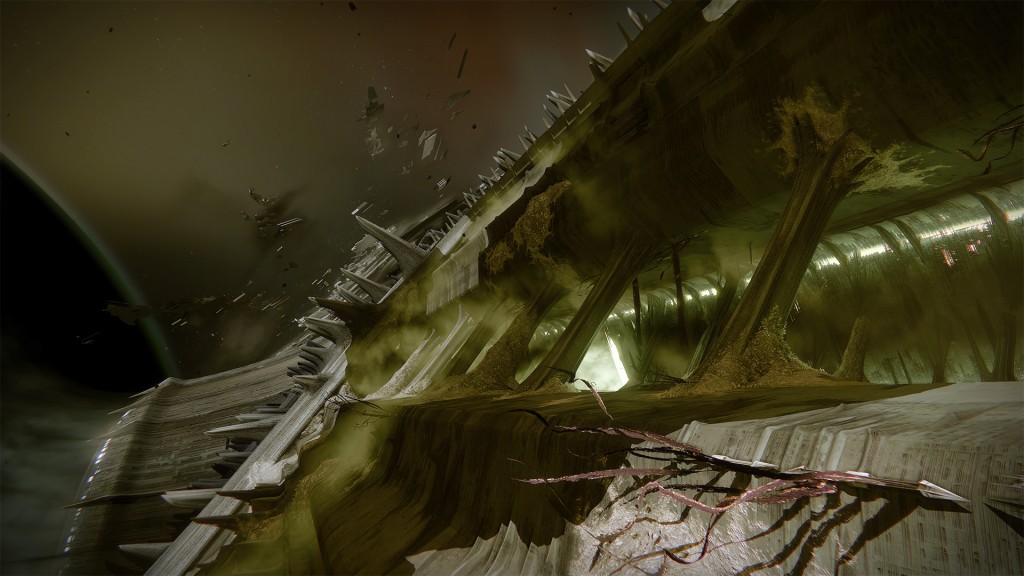 The Dreadnaught is the Hive’s flagship, an enormous battlecruiser housing the Taken army and Oryx, the vengeful god whose son you’ve probably murdered over and over again. You monster. It will be a new place to explore and patrol, with lots of new activities to experience – Patrol Missions, Bounties and Public Events. There will also be a lot of new secrets to uncover, “hidden treasures and bosses waiting to be found”.