Over on the their blog, Bungie are detailing the upcoming weapon changes. Sandbox designer Jon Weisnewski talks about the tweaks they’re planning and the reasoning behind them. You can find a compact version of the change log below, but if you’re looking for an in-depth breakdown, be sure to take a look at the blog post. 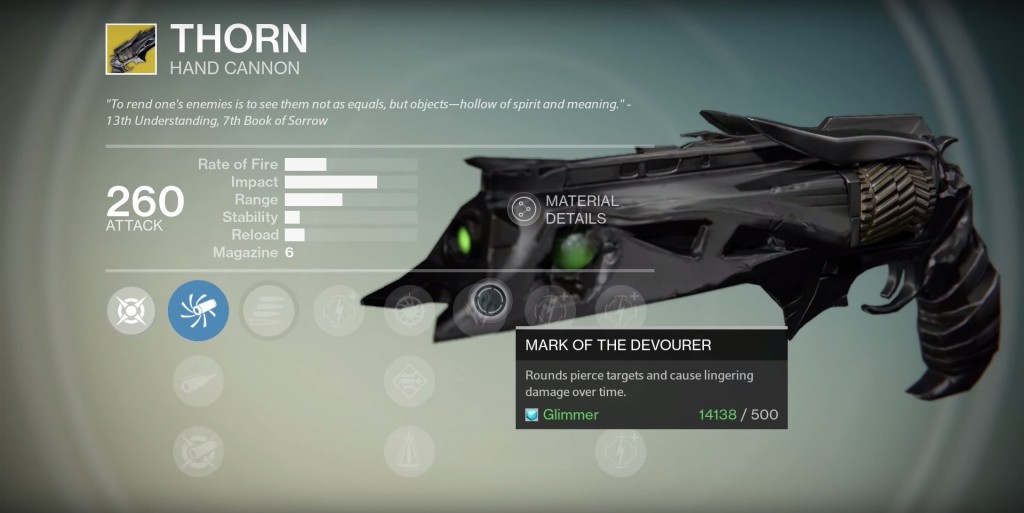 The auto-rifles are getting an increase in damage (10% against AI, unknown against humans), a reduction in base stability and decreased long range efficiency. Pulse rifles are having their damage output reduced along with stability, while the magazine size is being increased.

Scout rifles’ damage for medium-to-high rate of fire and magazine size will be increased, while accuracy while shooting from the hip will be reduced. Hand cannons are having their zoom decreased, along with other things that should make them less deadly at long ranges.

Shotguns are getting nerfed so that they’re not as potent at long ranges, as are the fusion rifles. The latter are getting improvements that will make them better at short ranges, though. The blast radius of rocket launcher grenades is being slightly increased.