Destiny’s Xur, everybody’s favorite strange coin vendor, is going to show up at an unusual time this week. Daylight savings changes will hit this weekend, and as a result, the Agent of The Nine spawn times have been slightly changed. In this guide, we’re going to show you Xur appearance times for September 23rd 2016 across different timezones. 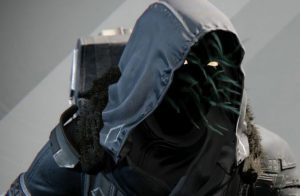 If you’re looking to spend Strange Coins or Motes of Light, there’s no better way. Xur appears in the Tower every weekend, selling a handful of the best weapons and armor Destiny has to offer. He changes locations inside the Tower, so there’s no telling where he might spawn. He usually appears at the same time every Friday, but this time, it’s gonna be a bit different. Here’s a table showing off when you can expect him.

From where you spawn on the reef go right across the metal bridge next to the Bounty Hunter. Go right as you cross the bridge and enter the door there. He’s in the corner to the right.


Since the Rise of Iron expansion has just lauched, you can expect some changes to Xur’s inventory and the way he does business. The exotic items he sells are going to have 350 light as of now. He’s also going to start offering two exotic ornaments each week, accepting Silver Dust in exchange for them. Finally, Legacy Boot Engrams have been added to his list of wares.

We’re not really sure how these changes will affect you if you haven’t bought Rise of Iron. It might be that you won’t be able to buy Ornaments. Or maybe they’re present in the game regardless of whether you have the expansion or not. Either way, we’re going to find out for sure, first thing tomorrow. Check back here to see where exactly in the Tower has the mysterious merchant spawned, and what delightful delicacies he has to offer. Just make sure you’ve got the coins.