CD Projekt RED have announce they’ll be performing a couple of stress tests for Gwent, to make sure their servers are up to the challenge once the beta rolls out. The point is to push the servers to their limits and see how much pressure they can take. The first test will take place on September 23rd, while the second one is scheduled for September 27th. 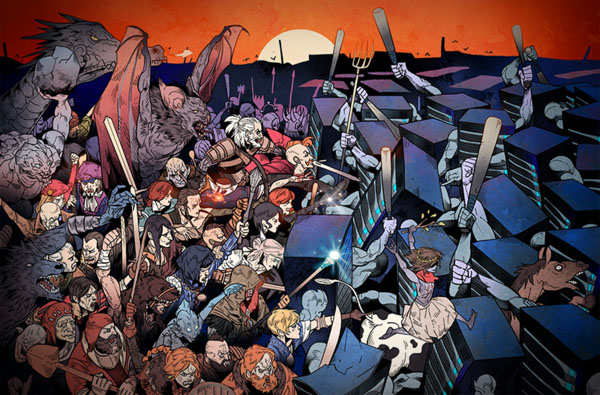 The test will be performed on PC only. You’ll have to be signed up to the closed beta if you want to participate in the stress test. Getting to participate won’t mean you’ve automatically gained access to the beta, however.

The number of invitations for the stress test is limited, and they’ll be handed out on CDP Reds social channels today. Whoever gets to them first, gets to keep them, so be on your toes. The events will last 4 hours each, and will take place in the afternoon (European time).

The deck building won’t be enabled during this time, so you’ll only get to fiddle with the pre-made decks. There will also be no character progression, so don’t expect to gain any advantage in the closed beta because of this.

Basically, it’s a great chance to get a taste of a game a bit earlier, and help the developers while you’re at it. The game is going to be free to play once it comes out, so it’s really no big deal if you don’t manage to get a spot. You can get more info about the event on the official site, which is also where you can sign up for the beta, if you haven’t already.

The Gwent closed beta will start on October 25th, and will be available on Xbox One and PC. The full game will be playable on Playstation 4 as well.

NEXT POSTMafia 3: The World of New Bordeux – Weapons Trailer