Magazines are collectibles in Detroit: Become Human. There are 46 of them, found mostly in pairs, and getting them all will unlock the Bookworm trophy. They won’t give you any kind of gameplay advantage, but they’ll give you additional insight into the lives of the characters who owned and read them. Some of them are pretty well hidden, so you’ll probably need help finding them if you want to save time, which is exactly why we’ve written this Detroit: Become Human magazine locations guide.

Where to find magazines?

The first issue you’ll find is on the counter in the kitchen in Chapter 1: The Hostage. You’ll need to get it before you exit onto the balcony and confront the deviant android. It’s next to the boiling pot that you can also interact with. 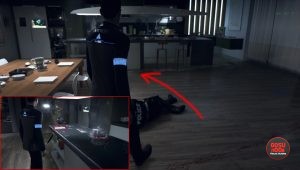 As you start this chapter, you’ll see a bench on your right. There’s an old man on it who’s being picked up and carried away by an android. The magazines are right next to him. 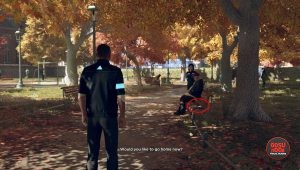 Once you reach Chapter 4: A New Home, you’ll be able to grab four more magazine. The first two are #1 and #22. You’ll find them at the dining table where Alice is playing with her doll. You won’t be able to interact with it at first – make sure you wash the dishes, and that Alice is near the table. The other two are #11 and #23. They are upstairs, in Todd’s room, and you’ll get to grab them when you get the objective to clean there. They’re on the shelf by the door, the one with the speakers and records.

In this chapter, you’ll find issues #2 (North Pole Russia) and #27 (Life on Titan). They’re on the coffe table in the main room, on the ground floor. You can either read them before you wake Carl up, or during the section where you tend to him. 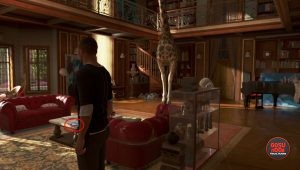 The two magazines you’ll find in this chapter are #12 (Android Sex) and #25 (Android Spy). When you’re instructed to investigate the crime scene, go ahead and enter the kitchen. Look at the counter, and you’ll see the magazines there, next to the sink and some bottles. 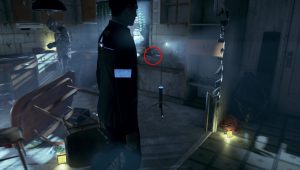 You’ll find these two in the part where Kara and Alice are forced to leave the bus and look for shelter. Once you leave the bus, turn left on the intersection, and you should see a laundromat. Go inside and look for the magazines #3 (The Bee-line to Disaster) and #26 (It’s Time to Face The Music) on the table by the wall. 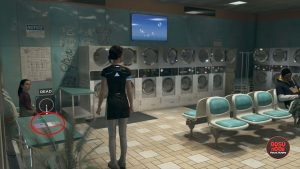 These two can be obtained when you’re in the police station as Connor. You’ll have to find lieutenant Hank’s desk. This should be easy, because of all the clutter on it. The magazines #28 (Famous Painter Dies) and #30 (Ivanoff Says Niet) are on another desk in the middle of the room, close by. 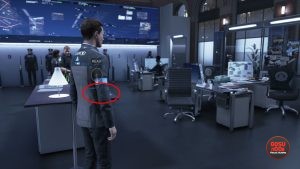 We’re not sure if there are other ways to reach this magazine, but we got it by choosing to say in the squat while being on the run with Kara and Alice. We were also in good stanging with Berry, the android we were sharing the squat with. The magazine was on the dresser next to the table on the ground floor. 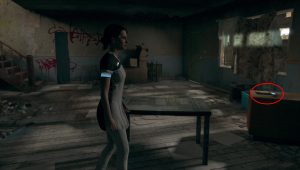 As you start the chapter, you’ll find yourself on a train station. There will be four benches in front of you, and the magazines will be on the first bench on the right. 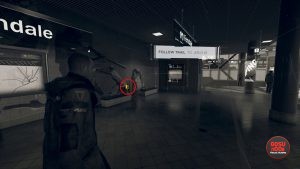