Hacking is a mini-game in Deus Ex Mankind Divided. It will allow you to open doors and vaults that you don’t have keypad passcodes for, as well as get access to other people’s emails. The system is similar to the one in the previous game, but if you’re new to the series, it might seem complicated. This guide will show you how hacking works in Deus Ex Mankind Divided, how to crack difficult locks. 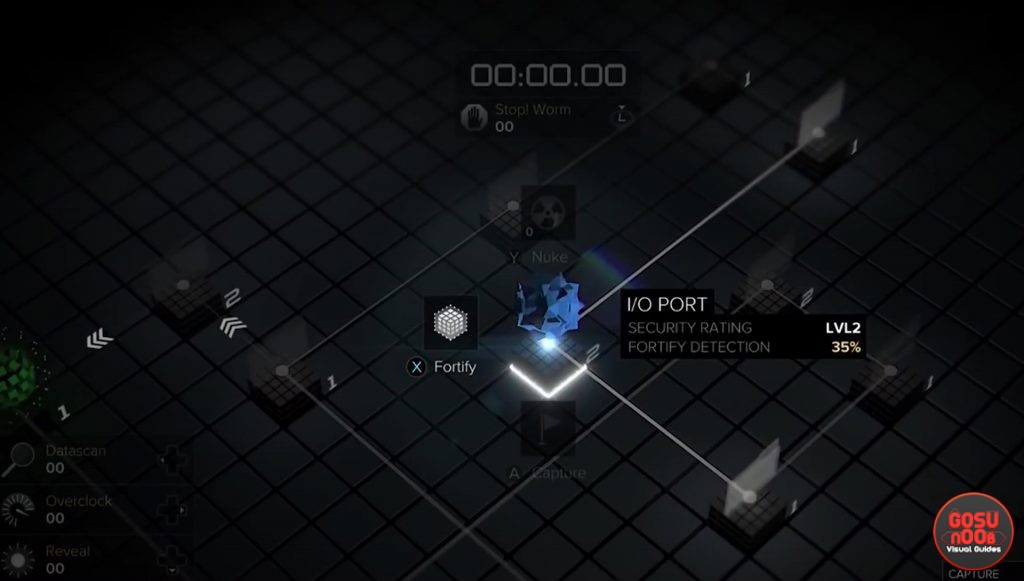 How to hack in Deus Ex MD

What we’ve seen in the trailers suggests the hacking system is identical to the one in the previous game. Once you start hacking, you’ll be transported to a screen with nodes connected with lines. The blue node is your starting location. The green node is your goal. The red node is the security system. Your task is to find the safest way from yourself to your goal, without getting caught by the antivirus.

To do this, you’ll have to capture nodes between the two. Hover over the node and press the appropriate button in order to start capturing it. The level of the node will influence your detection chance, as will your hacking skill. If you fail the detection check, the antivirus will start tracking you. It plays by the same rules as you, so the more nodes it has to jump to get to you, the more time you’ll have before it finds you.

Once you’ve captured a node, you can fortify it in order to make it harder for the antivirus to crack. There are also viruses you can use to help you out when dealing with a particularly tricky hack:Some nodes also hide rewards, like cash or additional experience. At first, your best bet is to ignore these. Later, as you get more comfortable with the system and gain more skills, you can try capturing them.

These are just the basics. We’re going to tweak the info we’ve got, as well as update with any new stuff that shows up as soon as the game launches.

NEXT POSTHow to redeem codes in Deus Ex: MD and get bonus content