Diablo Immortal is roughly divided into two halves. There’s the regular content that covers the main story in the game, and then there’s the post-endgame content. One of these endgame challenges requires that you find and talk to Captain Azmir in Ashwold Cemetery. Sounds like something that should be very simple to do. However, even when you talk to him, there’s seemingly no resolution for this. So what’s this about? Is it a bug? If so, is there any way you can fix this? Or is this something else entirely? Well, we’re going to take a look at this Captain Azmir new challenge problem in Diablo Immortal to see what’s it all about and whether or not there’s anything you can do to resolve it. 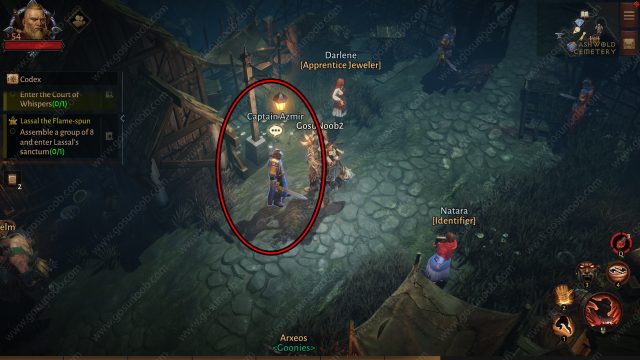 Once you have completed the main questline, reached Level 60 with you character, and gotten to the new Hell 1 difficulty tier, you should get “A new challenge” quest. The description for this states that you need to go and talk to Captain Azmir. This NPC can be found in Ashwold Cemetery. As you know, this is the second zone in the game, and you access it after completing the tutorial. Captain Azmir can easily be found standing there. But, when you try to talk with him, nothing is happening and this quest doesn’t seem to progress. Why is this the case?

Well, there are two theories why this is happening. The first one is that this is simply a bug. If that’s indeed the reason, then the only thing we can do is to wait until a hotfix is released to fix it. The other theory is that this is simply content that’s going to be introduced in a later update. As you can see in Blizzard’s official forums, many players seem to favor this second possibility. In any case, the only thing we can do for now is to wait until Blizzard addresses this problem.