The next big update for Elden Ring is here, featuring a myriad of bug fixes, improvements, and balance changes. The focus of this update is on gameplay stability and balance adjustments, so don’t expect any major additions in terms of new content this time around. In this Elden Ring Update 1.05 Patch Notes article, you’ll find all that’s new in Elden Ring June 13th update. 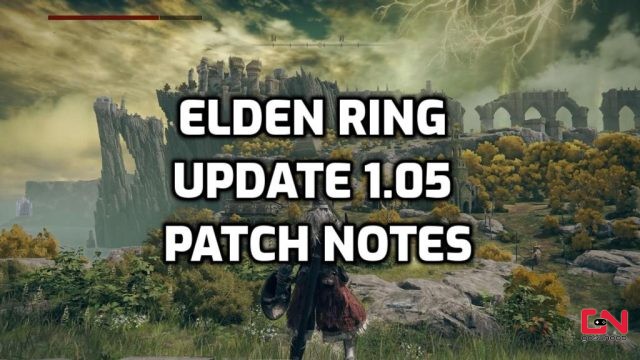 Bandai Namco and FromSoftware have now revealed the patch notes for Elden Ring update 10.05. The majority of changes in the update are focused on fixing many known and annoying bugs. There are also some additional elements added, as well as some quality of life improvements. Check out the full list of changes and improvements below.

Additions and modifications for PC version only

NEXT POSTDiablo 4 Beta Sign Up, Pre-Register for Xbox, PS5 & PC