If you don’t know how to remap controller buttons in Diablo Immortal, we’ve got you covered! In its beginnings, Blizzard was a hard-core PC developer. In the meantime, they have first expanded to consoles and later on mobile as well. Playing a Diablo game on mobile via touchscreen might be strange for some players. Luckily, there is a vast array of controllers supported. If the controller button layout doesn’t suit your needs, this guide will explain how to change the Diablo Immortal controller layout and remap buttons. 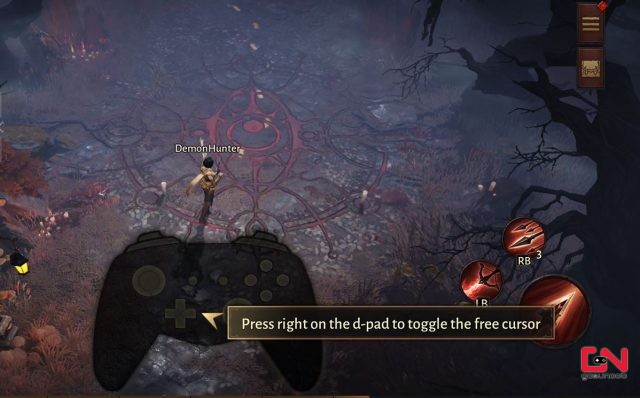 As we’ve already mentioned, Diablo Immortal supports a plethora of controllers out of the box. You can find the full list of supported controllers here. Speaking about the game’s development, Blizzard stated that accessibility features are extremely important for them. Making sure that everyone feels comfortable while playing is one of the core principles. Thus, you can play however you want no matter the platform.

Not only that you will be able to use a controller with your mobile device, but you can also change the button layout. Here are the default controls for each button on an Xbox controller in Diablo Immortal:

Once there, on the controller map, you can select each individual action and choose which button to be tied with that action. You can remap almost any action in the game however you would like. With that said, our “Diablo Immortal Controller Button Remapping” guide is complete.