“Does Diablo Immortal have cross-progression support?” was the very first question asked by gamers following the announcement of the PC version. Initially announced as a mobile-exclusive title, Diablo fans were pleasantly surprised when it was revealed that the game will be available on PC as well. But would you be able to carry over your progress from mobile to PC? And can you play with friends between the two platforms? Here’s what we know about cross-progression and cross-play in Diablo Immortal. 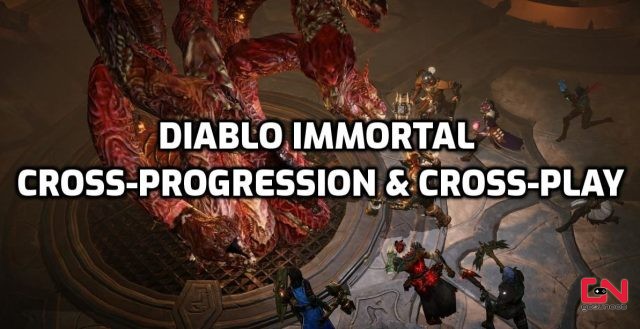 Diablo Immortal features several multiplayer modes, such as a co-op campaign, dungeons designed for groups of several people (Warbands), PvP arenas (solo and team PvP), and even social features such as Clans. For all of these, players will be able to seamlessly play in-between platforms. You play on a PC, your brother on an Android device and your friend has an iPhone? You can all play together!

Is there Cross-progression in Diablo Immortal?

Another important question for many fans is if you will be able to carry over your progress from mobile to PC and vice versa. And we have good news here as well! You’ll share the same account for both platforms! For this, you only need to have a Battle.net account.

You can even start with a guest account on your mobile device. And later you can link your Battle.net account with that guest account and carry progress over to the PC. The same goes in both directions. All your progress, items, unlocks, battle pass, characters, and everything else with wait for you on both PC and mobile.