While Diablo Immortal was originally envisioned as a mobile game, it has since been expanded to include the PC and the aforementioned Android and iOS devices. And, like many other games of its type, it also features cross-play progression. This means that you can play the same character with the same game, level, and loot progress from one gaming device to another. But it seems that this feature isn’t working correctly as intended for some players. But is there a fix for this Diablo Immortal Cross Progression issue? We’re here to explain what you can do to resolve this and enable cross-progression in DI. 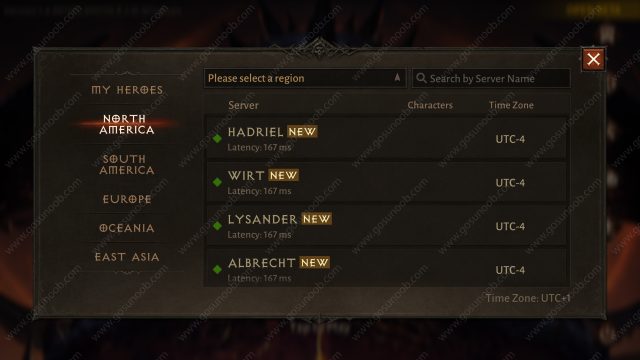 The issue here is that, when players install Diablo Immortal on another platform from the one they were originally playing it on, they seemingly have to “start over” with a new, unleveled character, instead of continuing with their old one. But why is this happening? Surely the actual progress is saved on your Battle.net account, and should carry over no matter what you are playing the game on? Well, as it turns out, this isn’t the way it works in Diablo Immortal. At least, not completely.

What To Do in Diablo Immortal if Your Old Server Isn’t Appearing on the Server List?

Sometimes, you won’t be able to find your old server when you start playing on a new device. What you need to do then is to re-select your region. This will cause the server list to reload and you will then be able to select the right one.